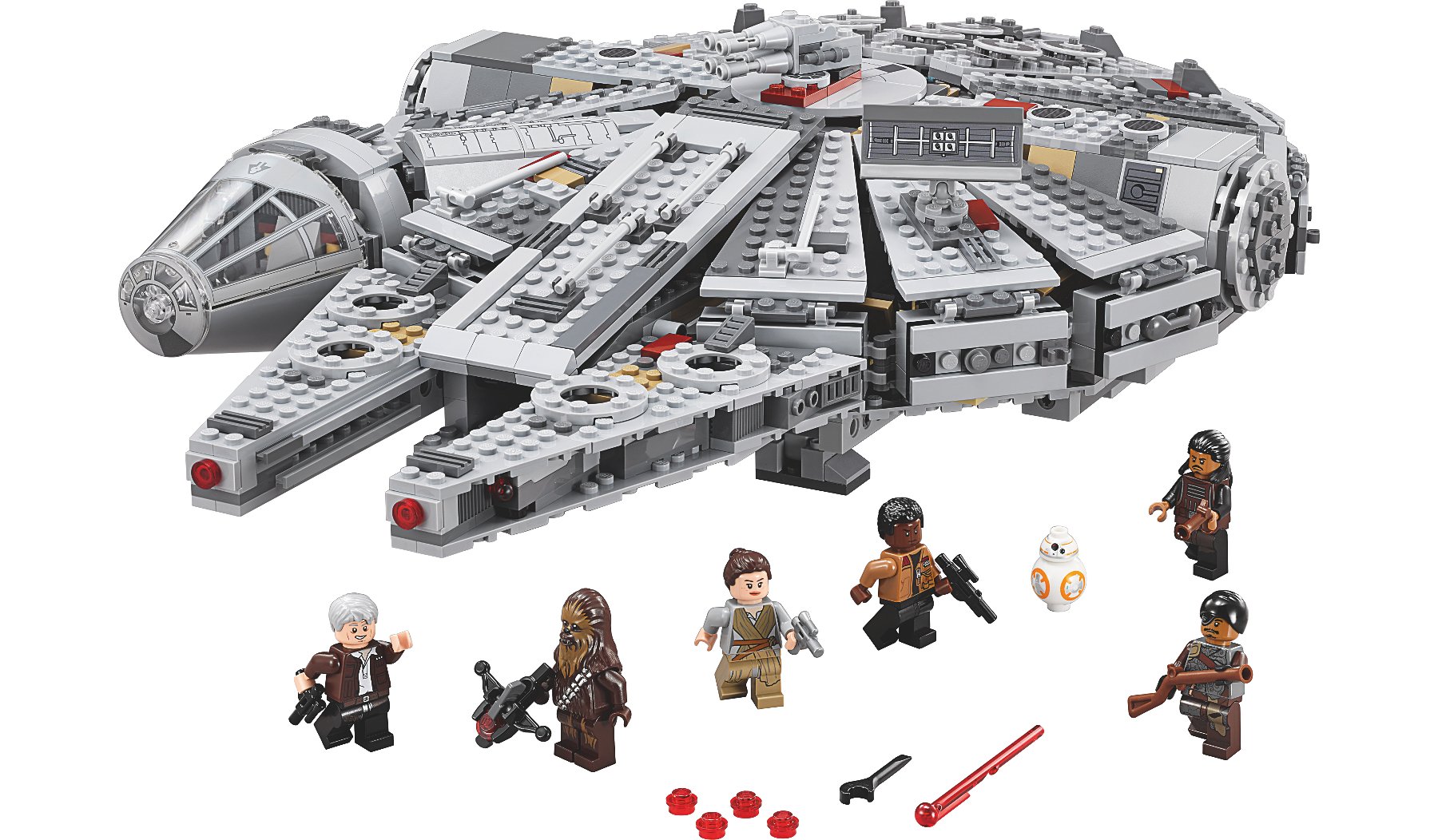 5 Lego Sets That Will Inspire Imaginations This Christmas

We all love Lego and it has changed a lot since many of us were kids. There are seemingly sets for every popular culture franchise imaginable. Children and big kids playing with Lego will have a different experience than people even 20 years ago; where it seemed like all Lego sets were a collection of bricks and your imagination.

The Lego sets available at George offer so much excitement in so many great collections. There are loads of options for continuing the stories we see on TV, cinemas and even video games and bring them right to your living room floor.

This Christmas, you have the choice of seemingly thousands of Lego sets. Here’s our guide for choosing wisely. 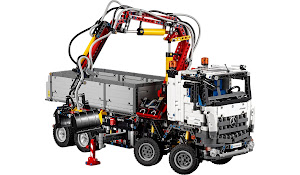 Lego Technic offer a variety of options to those who fancy an advanced Lego challenge and require special pieces like motors or cogs. Asda George have a collection of vehicles, with moving parts which allow them to move, lift and spin.

For the hardcore fans of Technic, comes the powerful Mercedes-Benz Arocs. This beastly truck has a functioning motorised crane, claw and tipper body. With 2,753 elements this is the largest Lego Technic model ever produced.

There are so many different vehicles which all offer challenges, from speedboats and motorcycles to helicopters. This chopper has many powered functions to discover and can be rebuilt to create a powerful Tandem Rotor Helicopter. 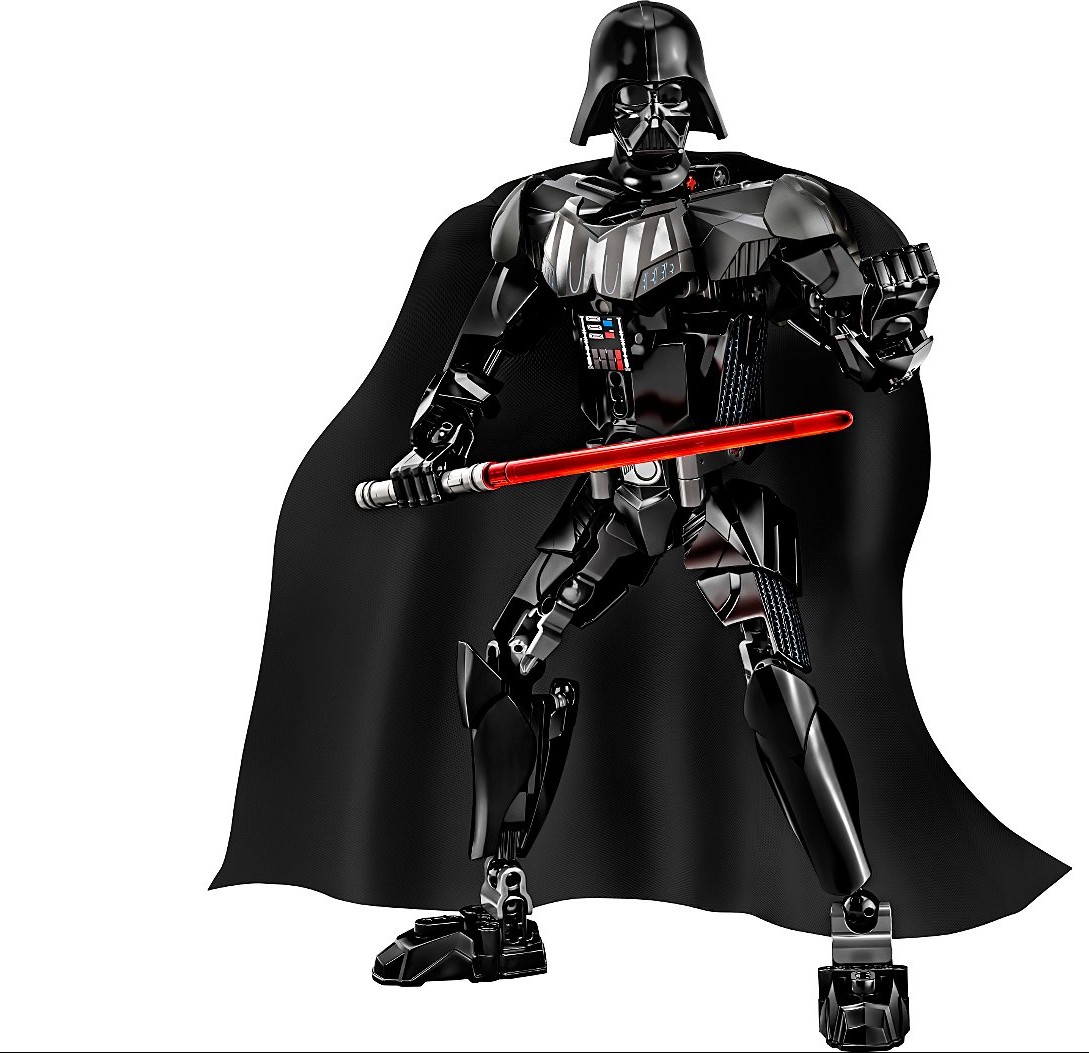 These sets are especially great for people who played the classic Lego Star Wars video games. Unleash your inner Jedi and fight against the Galactic Empire, or embrace the Dark Side. The volume of Lego Star Wars sets, offers almost infinite possibility.

For people who can’t wait for the upcoming Rogue One film, pick up a set and turn your living room into a Galactic Empire stronghold with TIE Fighters and an Imperial Assault Carrier complete with troops to transport. And where would your base be without a buildable Darth Vader figure? 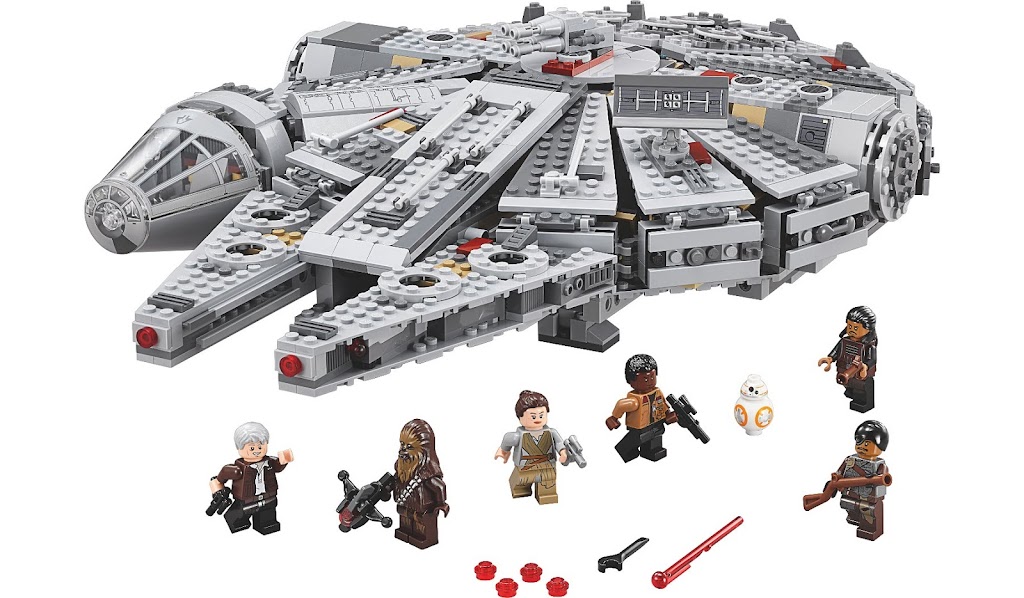 The Light Side of the Force certainly isn’t neglected with a buildable Obi-Wan Kenobi figure along with Rey and Finn from Star Wars: The Force Awakens. There’s something for fans of the Original Trilogy and newer films.

There are many great Lego sets, but our favourite has to be the iconic Millennium Falcon, made from 1,329 pieces. It comes with all the characters from the latest film including everyone’s favourite double act, Han Solo and Chewbacca. GGWWWRGHH! 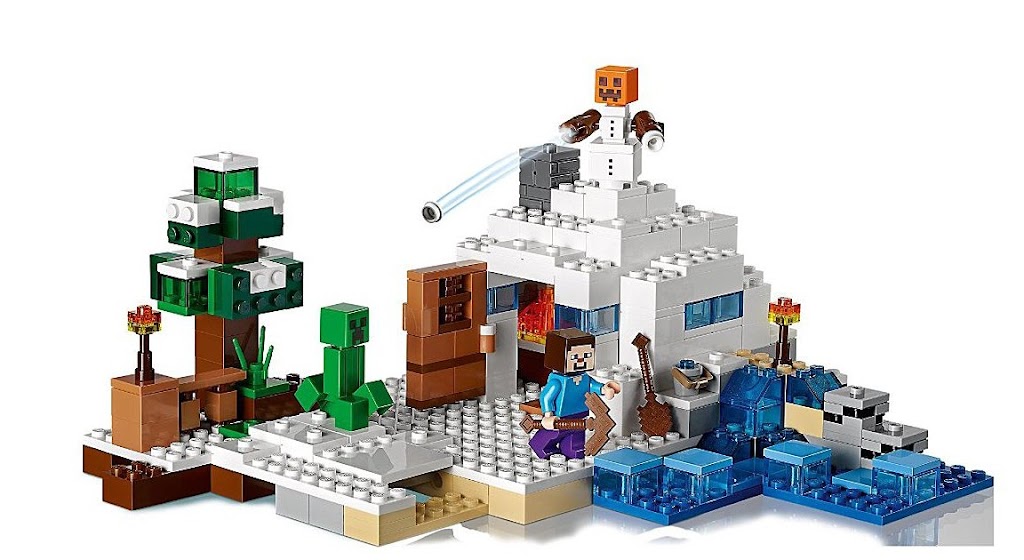 Lego and Minecraft are a perfect marriage, two games that let imagination run free in the form of multi-coloured blocks. Children can build out their fantasies with the Minecraft sets; plus complete challenges from the game like finding treasure, mining ore and hiding from scary opponents.

Sets like The Snow Hideout let players build to survive in a frozen climate where collecting resources is key to survival. Craft a door and windows to create a frozen base to ward off the exploding Creeper that comes out after nightfall. 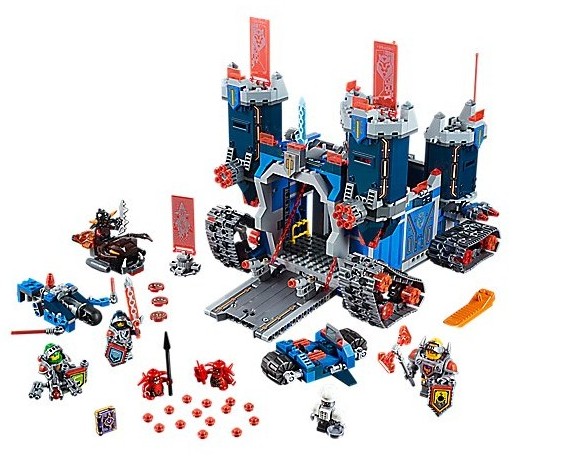 With Lego Nexo Knights sets, the animated TV series is brought to life. Control the defenders of Knighton as they clash with Jestro and the Book of Monsters.

Take control of the Fortrex and defend it from attack with 7 minifigures of Clay Moorington and the other knights; as they face the forces of evil. The Fortrex is a huge 2-in-1 rolling castle that will provide hours of entertainment for your little ones. 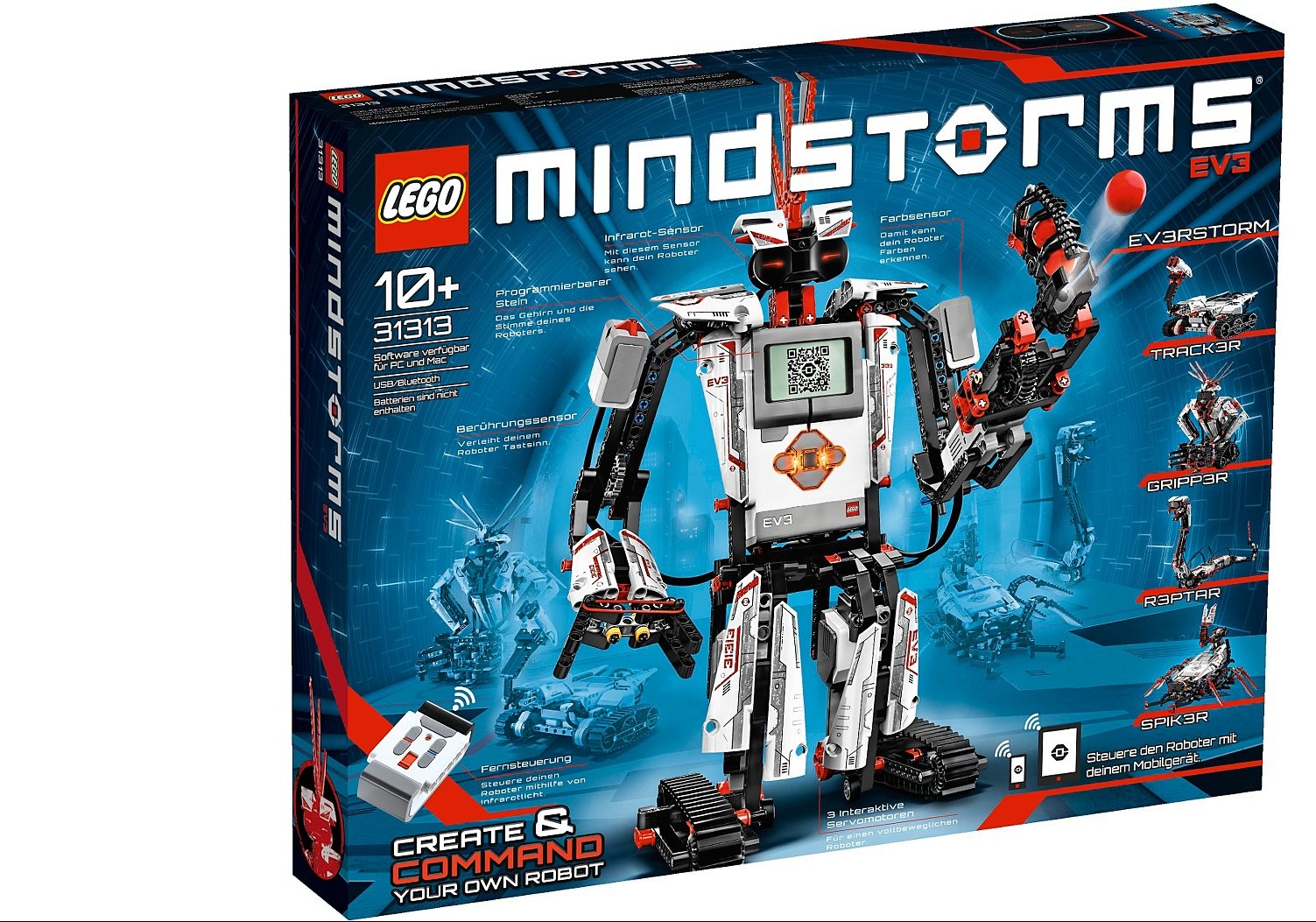 Lego Mindstorms are part of the Technics family but taken one step further. With Mindstorms you can use the Lego technology to make and command a robot that can talk and walk.

Follow the instructions to create 5 robots in one, each with a different function and shape. Control them with the remote which is included and get stuck in to challenging ready-made missions. A downloadable app allows control right from your smartphone.

Karen of Really Missing Sleep adds her own experience of Lego and her own children,

“I really like the boys using LEGO they initially started with Duplo and then progressed to smaller pieces as they got older and their motor skills improved. 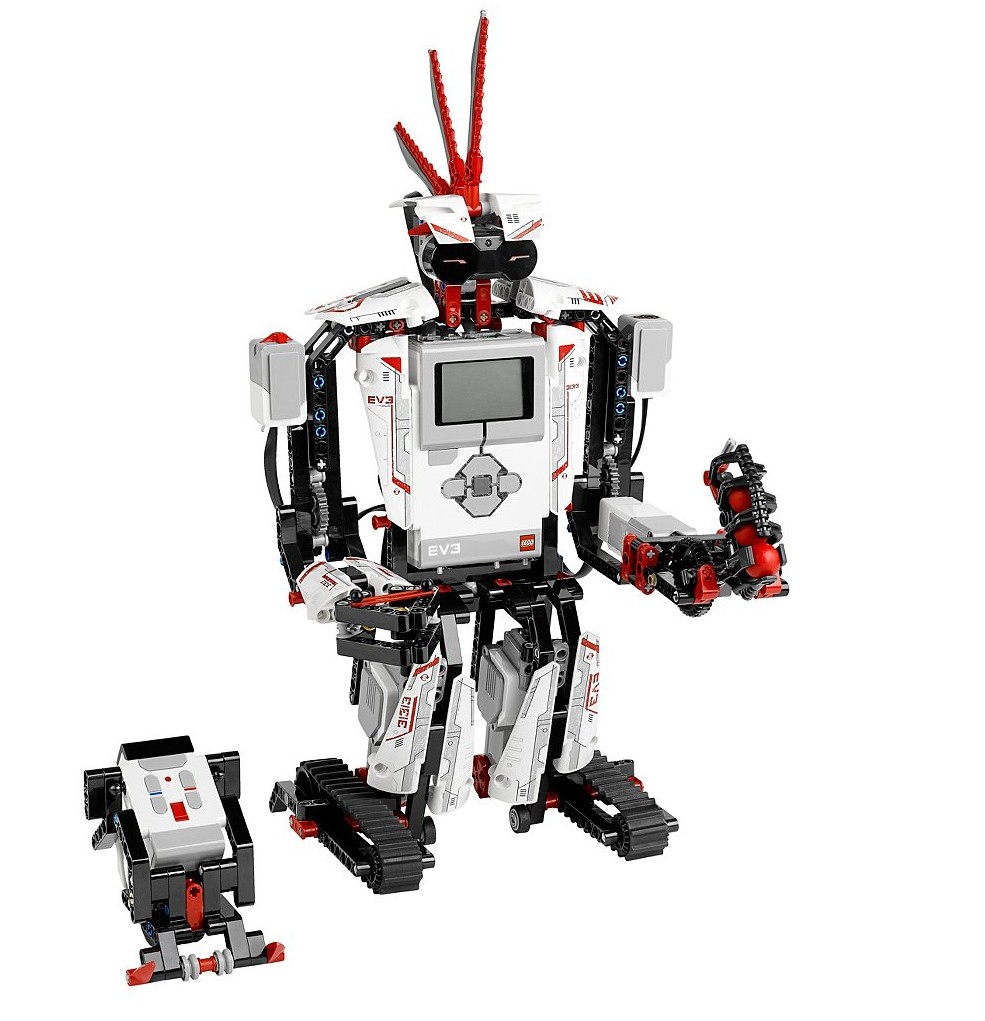 Some of the builds now are quite complicated and it’s great for their dexterity and co-ordination.  Best of all is seeing where their imagination takes them and witnessing what they build without following set instructions, its lovely seeing them work independently or together as part of a team to be so creative.

We have used the LEGO bricks to help the boys identify colours and to start off their counting, you might see it as primarily a construction toy but it offers so much more.

It allows them to explore different scenarios through the things they build – they had a Zoo once and it was wonderful seeing them take good care of the various LEGO animals – making sure they had food, company and a safe enclosure, all part and parcel of teaching your children empathy.”

Lego has been providing fun for all ages since it was founded in 1949. With so many choices of Lego sets on the George website you can get something for everybody. The inspiration that comes from playing with Lego can boost creativity and transform you to a different world.

SHOP
SHOP THE TREND
BACK TO LIFE & STYLE