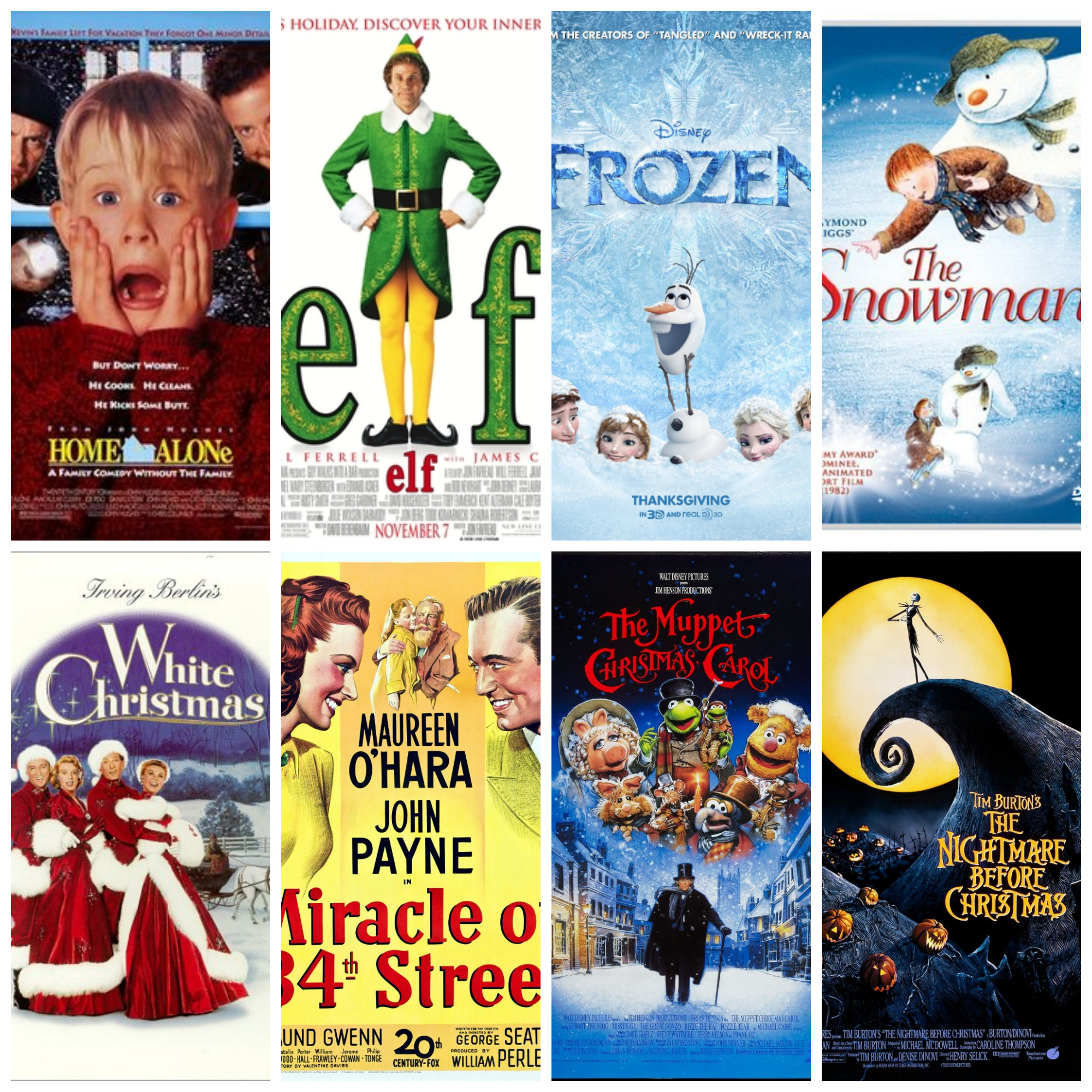 You’ve done it. Halls have been decked, the Christmas tree stands proudly in the living room; you’ve even finished the Christmas shopping. Time to relax and escape the cold snap by snuggling up in front of a classic Christmas movie.

Nothing can beat the warm feeling of a Christmas film to remind you that holiday season is just around the corner. But what one do you choose? Everybody has a different opinion about which film is best and truly captures the feeling of Christmas.

We have got our heads together and listed 11 essential Christmas films that you can’t go wrong with. Time tested, these are the films that guarantee entertainment. In the interest of fairness our list is in order of IMDB ratings, which are made up reviews of thousands of film lovers.

Don’t agree? Head to our poll at the bottom of the page to cast your vote! 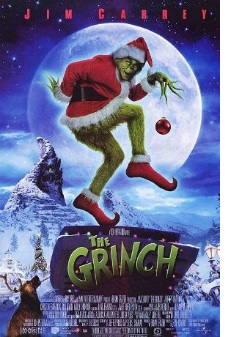 Plot: On the outskirts of Whoville there lurks a grumpy green hermit, The Grinch (Jim Carrey) who plans to steal Christmas away from the Whos of Whoville.

Why we love it: The tongue-twisting rhymes of Dr. Seuss have been capturing the imaginations of children for generations. The story is great for children to learn that the meaning of Christmas is family and spending time together instead of materialism. Even adults could do with a reminder of this every now and then.

Trivia: This film features the most amount of actors in heavy makeup since The Wizard of Oz [1939]. 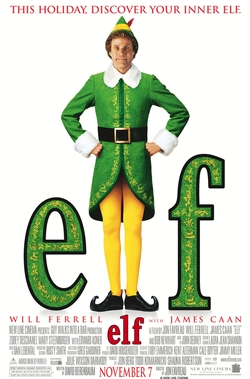 Plot: One of Santa’s tallest elves (Will Ferrell) inadvertently causes havoc in the North Pole due to his size and learns that he is a human. He leaves home and travels to New York to track down his father (James Caan).

Why We Love it: One of the best Christmas comedies made in recent times, this has humour that the whole family will love. The physical comedy is perfect for the kids, but there are plenty of jokes for adults to enjoy too. Nobody can match Will Ferrell when it comes to playing manchildren.

Trivia: An early version of the script had Jim Carrey attached to play the main character. 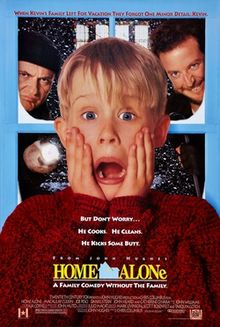 Plot: An 8 year-old boy [Macaulay Culkin] is accidentally left at home alone during the Christmas holidays while the rest of his family board a flight without him. His relaxing time at home is spoilt when he has to protect his home from two burglars.

Why we love it: A well-worn classic Christmas movie, the slapstick humour is perfect for children. It also lets them wonder about what they would do if they were alone in their house; something every kid asks themselves at some time.

Trivia: Joe Pesci, who played one of the robbers kept his distance from Culkin on-set so he would think he was mean and help him portray this on-screen. 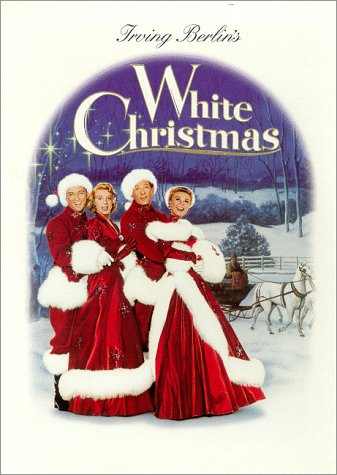 Why We Love It: If you love musicals you will love this feel-good romp that features fantastic song and dance numbers. The perfect accompaniment for when the grandparents stop by; a film for the whole family.

Trivia: Rosemary Clooney (George’s aunt), mostly took the role so she could perform with Bing Crosby. 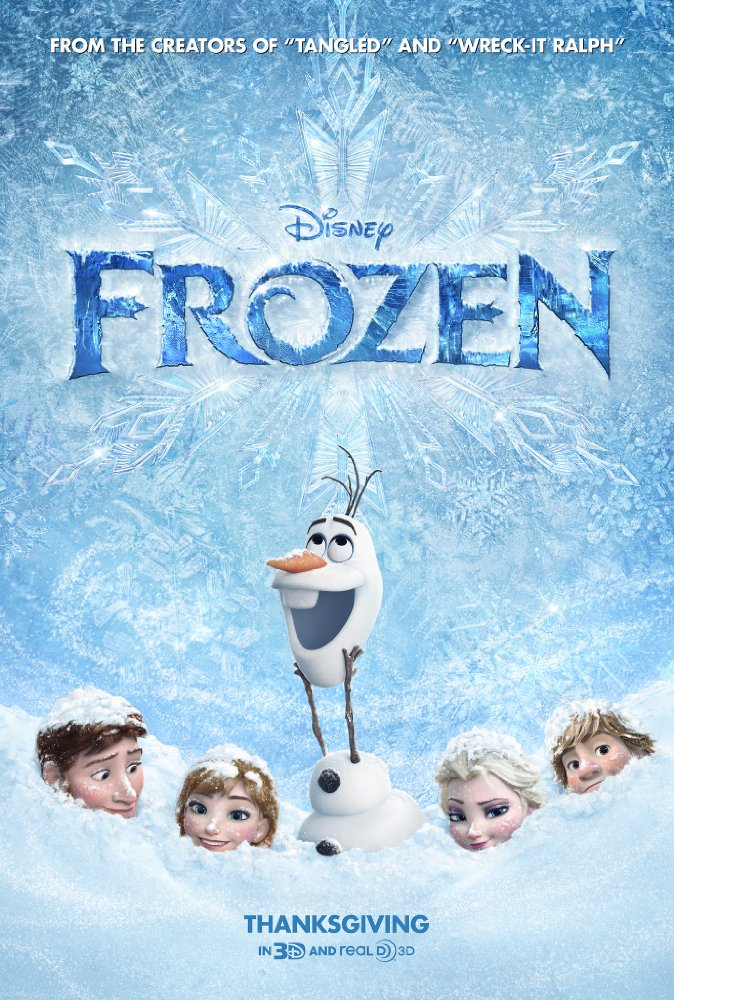 Plot: Young Queen Elsa [Idina Menzel] accidentally unleashes her powers to things into ice and unleashes infinite winter in her village. She banishes herself from the kingdom, leaving it up to her sister Anna [Kristen Bell] to bring Elsa back and reverse this.

Why we love it: The highest grossing animated film of all-time is a phenomenon that children just can’t get enough of. We have a great selection of Frozen merchandise that the kids are bound to adore.

Trivia: It took over 50 animators to create Elsa’s castle 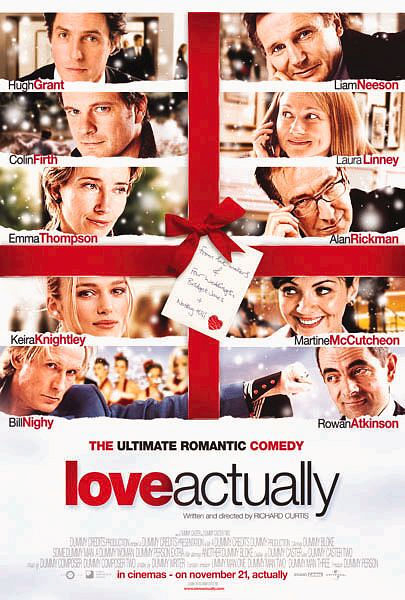 Plot: The interweaving plot shows eight different characters and their experiences with love at Christmas time in Britain. An ensemble cast shine in this romantic comedy.

Why we love it: It’s impossible to get bored with so many different stories going on, and rewards repeat viewings as you notice things you didn’t see before. A charming comedy that is unmistakably British.

Trivia: the word “actually” is said 22 times by various characters in the film 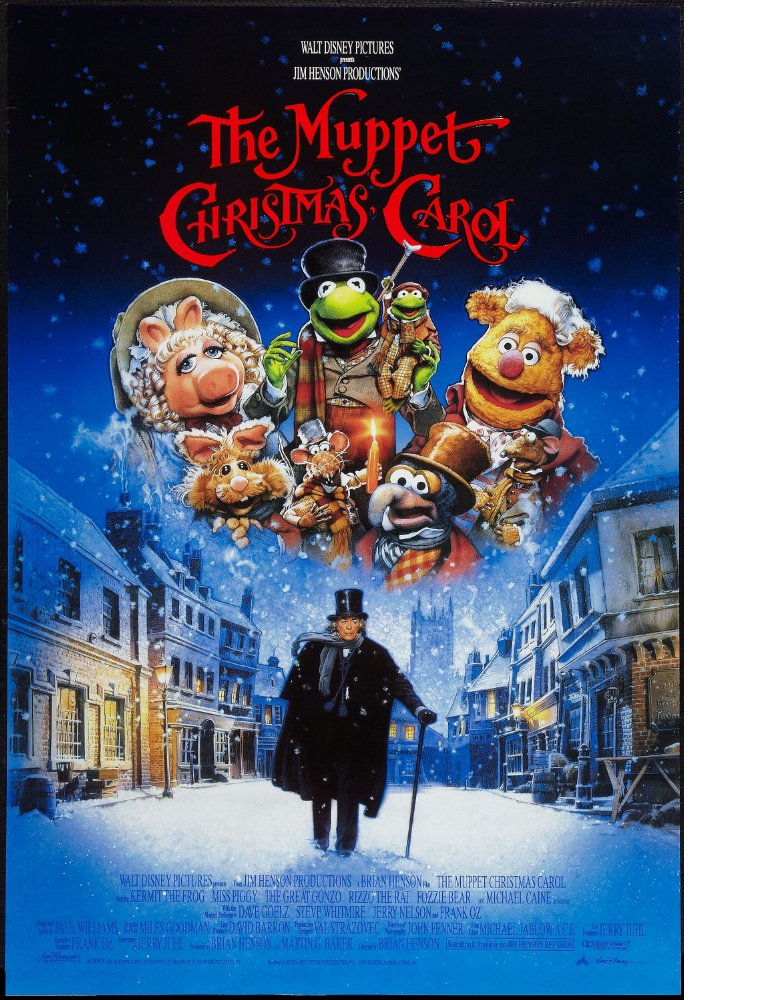 Plot: The classic Charles Dickens novel A Christmas Carol is adapted by the Muppets. Following the story of a bitter old man’s [Michael Caine] redemption on Christmas Eve after being visited by the Ghosts of Christmas Past, Present and Future.

Why we love it: The only way to make A Christmas Carol better is to add the Muppets to inject their one-of-a-kind blend of comedy and singing. The morals of the original story are kept intact and children of all ages can take something away from the story.

Trivia: Michael Caine has said that his role as Scrooge was one of the most memorable to him. 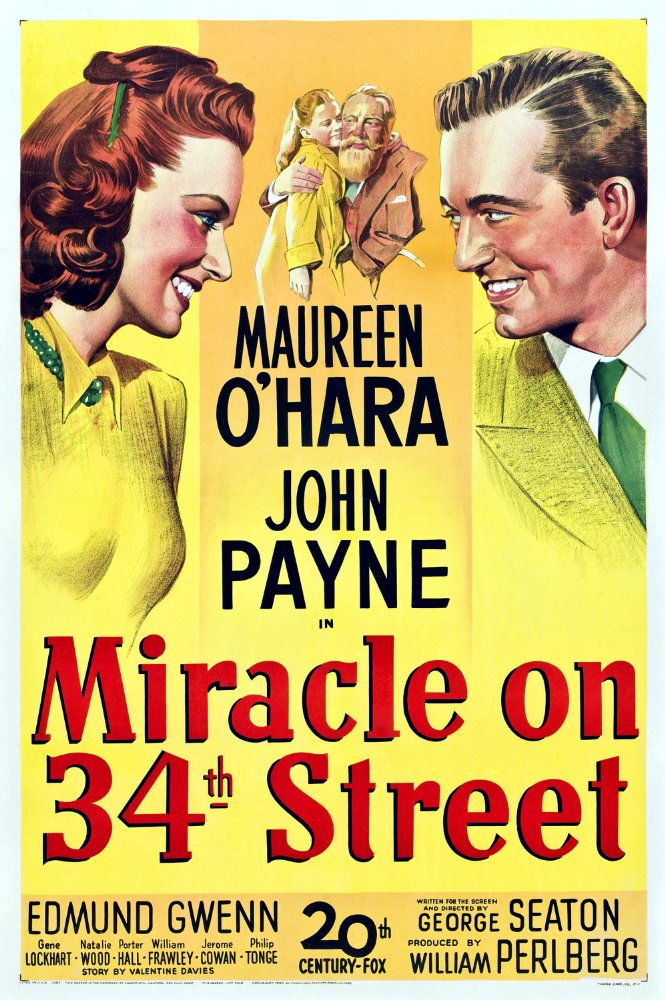 Plot: A man working as a Macy’s department store Santa, claims to be the real Kris Kringle [Edmund Gwenn]; he is declared insane and put on trial. A young lawyer defends him and argues to the court that Santa is real.

Why we love it: A must-see Christmas movie for kids of all generations in this irresistible. A great tale for childhood wonder and the spirit of Christmas.

Trivia: The studio head insisted the film was released in May, so the marketing team promoted it, while trying to keep it secret this was a Christmas film. 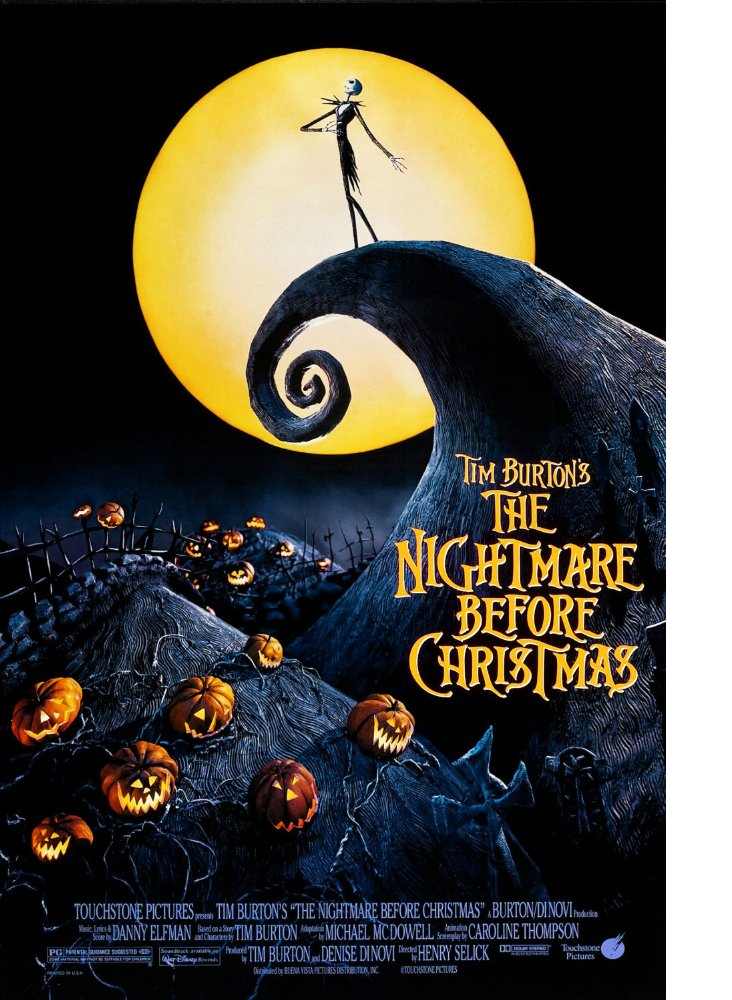 Plot: Jack Skellington is the king of Halloween Town and discovers nearby Christmas Town, which captures his imagination. He tries to get Halloween Town to celebrate Christmas, but it doesn’t go to plan.

Why we love it: The deliciously dark stop-motion animation makes this one of the most visually striking films around. It is perfect for kids who love the frights of Halloween, combined with Christmas.

Trivia: Santa Claus is the only human adult shown in the film. The other adults are only shown from the neck down. 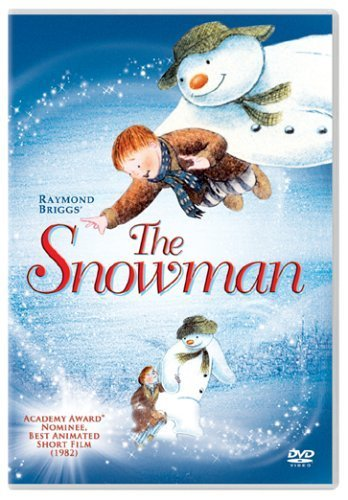 Plot: On Christmas Eve a young boy builds a snowman, who comes to life and takes him on an adventure that leads to the North Pole.

Why we love it: Technically not a film, but a television special. There is no dialogue throughout, but the animation is so good this doesn’t even matter. It gets the audience emotionally invested and tugs on the heartstrings in ways you don’t expect.

Trivia: It is based on a wordless book by Raymond Briggs that told the story through a series of pictures. 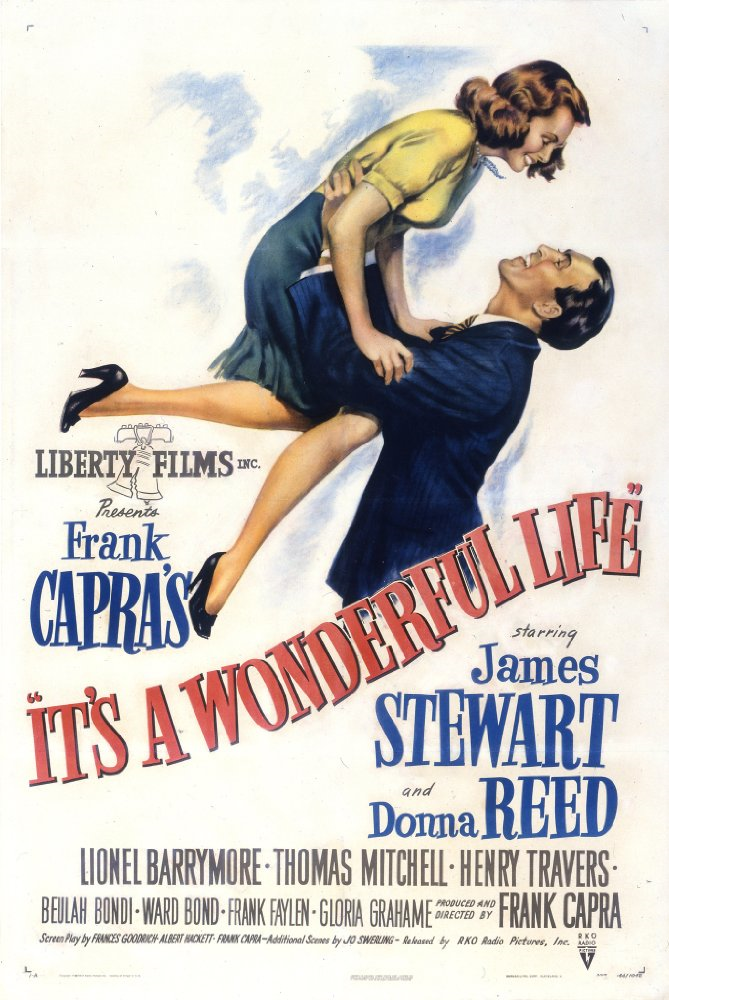 Plot: On Christmas Eve a failing businessman (James Stewart) is suicidal, an angel is assigned to help him and shows him what life would be like if he never existed.

Why we love it: Regarded as one of the finest Christmas films of all time this story is as uplifting as it gets. It teaches that everyone is important to someone and shows the benefit of being grateful for what you have.

Trivia: The film was box office bomb on release, the copyright lapsed in 1974 allowing it to be shown royalty-free on television. It was shown loads around Christmas and became part of Christmas-lore.

With this list of great Christmas films, you shouldn’t run out of things to watch during the holidays. Any of the films on the list will fill you with Christmas cheer and that warm tingly feeling you always hear about.

@sofieloux set up giving us the holiday hotel vibe

Tell me you replaced your friends with plants duri