Five Women Who Changed The World With Their Trousers

Though first worn way back in 6th Century BC, trousers have only been acceptable as female fashion since the early 20th Century. “What took so long?”, you ask. Well, social constraints and in some places even laws (one of which was only lifted in the city of Paris in 2013 shockingly) allowed women to only wear skirts and dresses in public, even when working and playing sport.

In Britain, it wasn’t until the First World War when it became more acceptable for women to wear trousers. As they took on the roles of men in factories and on farms, women found that wearing their husband’s trousers was less restricting. By the time the war ended in 1918, women were reluctant to give up the trusty trouser and continued to wear them for manual labour and outdoor pursuits. However, forgoing the dress or skirt on more formal and public occasions wasn’t conventional until a few decades later.

If you’re now wondering how our smart-casual straight legs and stonewash skinnies became every day fashion for most of us, let us talk you through the five females who’ve put women’s slacks on the map over the past century.

One of the original trendsetters, the French seamstress-turned-designer gave us the Little Black Dress, costume jewellery and started our obsession with the suntan. Another thing we can thank Mademoiselle Chanel for is taking women’s trousers out of the workplace.

Coco, who favoured comfy leisurewear, would often wear her boyfriend’s suit trousers as well as sailor pants when at the beach – a look that was then copied by many of her fashion-loving fans. Choosing to shun wearing a skirt and sitting side-saddle when horse riding, as women always did, Coco designed the first pair of female riding breeches. “I gave women a sense of freedom“, she later said. Darn right, Coco! 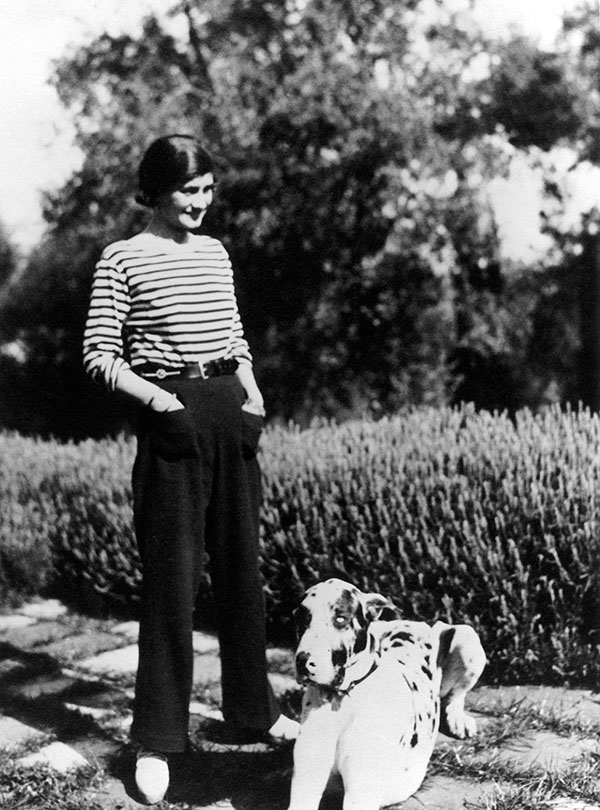 A screen siren of the 1930s, Katharine left as much of a legacy in fashion as she did in film by the end of her career. A head-strong, sport-loving lady, Katharine favoured the ‘pant’ as she believed they suited her athletic build better than skirts or dresses. Showing audiences that women too could wear the trousers, the US actress was the first female to wear trousers in a major motion picture.

Of course, this then saw women all over America and Europe following suit (or, erm, trousers). Hepburn’s passion for pants resulted in her receiving a lifetime achievement award from the Council of Fashion Designers of America in 1986, who recognised her incredible influence on women’s fashion. 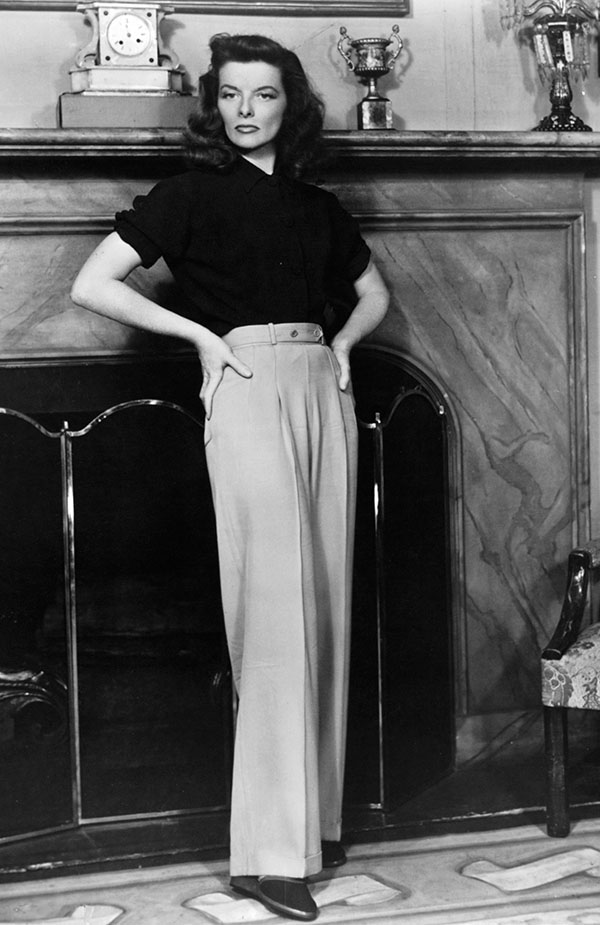 From high-waisted suit pants to straight-legged jeans, flares to ripped leggings, cowboy chaps to stonewash dungarees, the Queen of Pop is no stranger to the statement trouser. Pushing the style boundaries since the early Eighties, Madonna has often favoured jeans and trousers throughout her career, which is most notable on her 2000 album ‘Music’, where she emulates the style of a cowgirl and wears almost strictly denim.

The introduction of the song ‘What It Feels Like For A Girl’, which features on the album ‘Music’, even samples dialogue from the 1993 British film The Cement Garden, in which Charlotte Gainsbourg declares: “Girls can wear jeans”. Yes, yes they can. 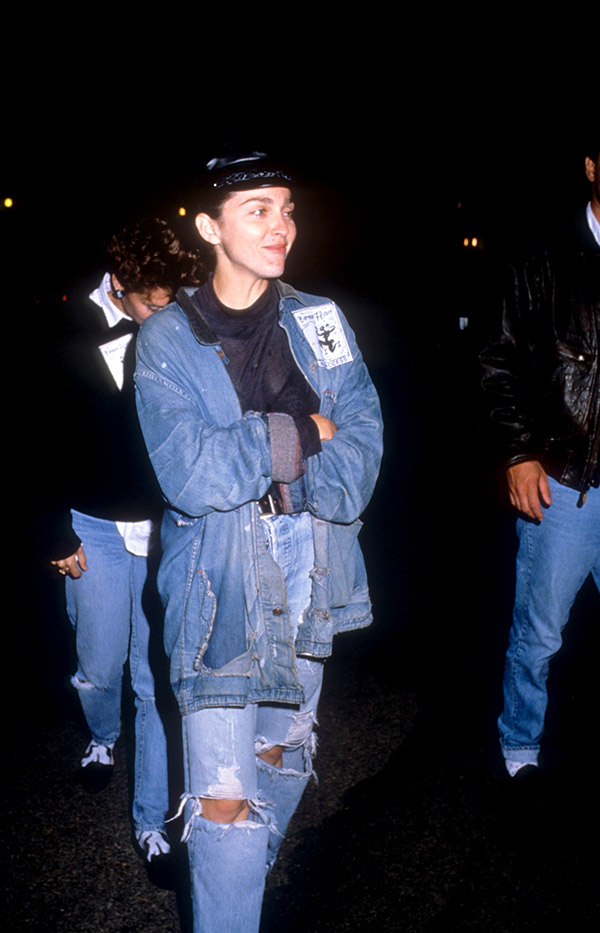 Politician and wife of ex US President Bill Clinton, Hillary’s love of the trouser suit has been well documented over the past three decades. The first ever to wear trousers in a US First Lady portrait, Hillary’s staple style is a firm two fingers up to those who ever said women can’t do the same as men can.

Opting for the smart casual look with her block-coloured wide-legged bottoms, Hillary doesn’t need to impress with over-feminine fashion: she’s smart, successful and, girl, does she mean business. 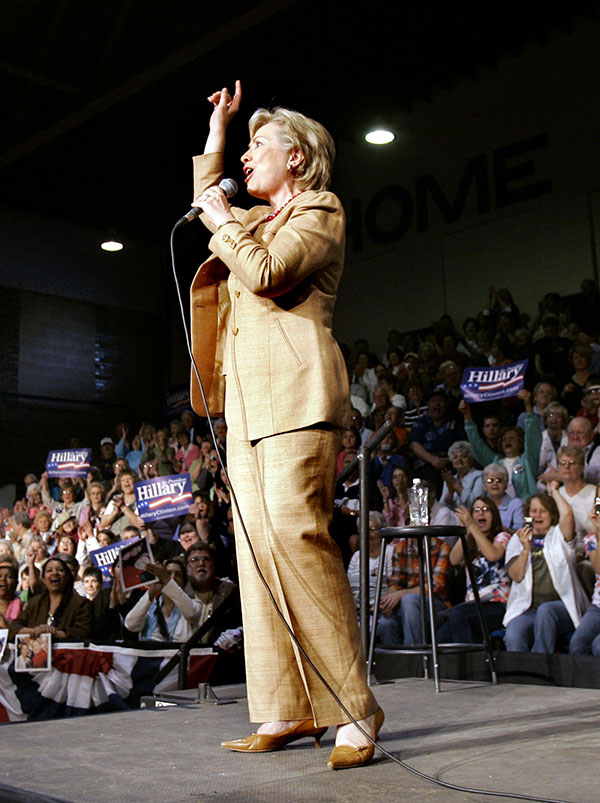 Arguably the coolest, most fashionable woman on the planet, Mossy sure knows how to rock a good jean, so much so that we’re almost certain she can be thanked for starting the skinny jean phenomenon beginning in the mid-Noughties.

Sure, drainpipes were first fashionable back in the 1950s with Mods, Punks and Rock ‘n’ Roll fans, but after years of rejection in the Nineties, Kate somehow managed to put them back into the wardrobe of nearly every denim-loving lady the world over. Well, we say “somehow”, but her effortlessly cool combo of black skinnies and and ballet pumps has become one of the most-copied looks of all time. If it’s good enough for an international supermodel, it’s good enough for us. 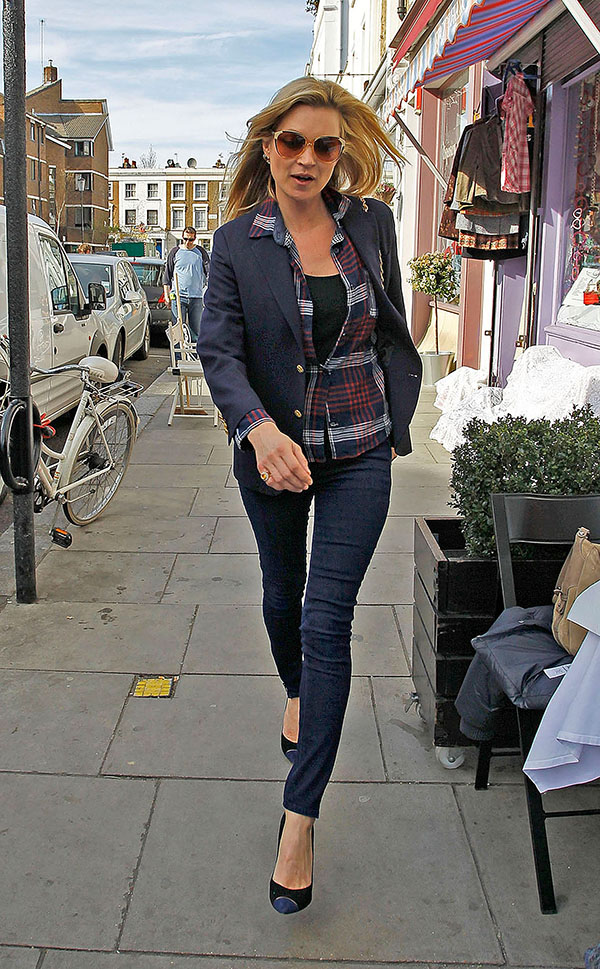 It’s nearly the big day 🕺🏻 We asked our mi

That fresh feeling for a new beginning ✅ Hurry,