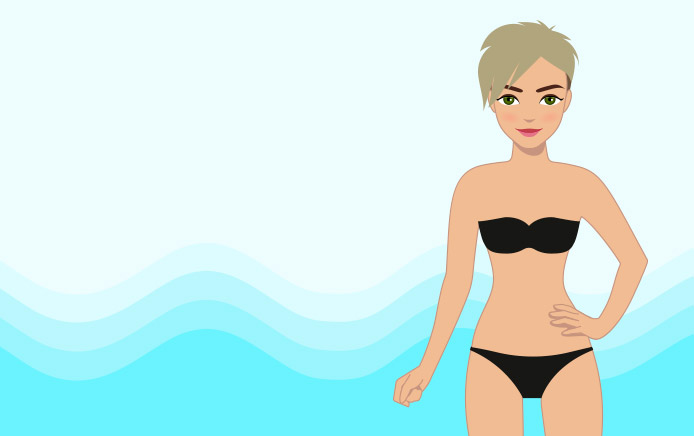 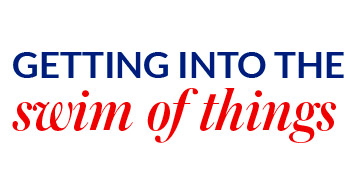 Whether you’re Brazilian or Chinese, American or British, German or Australian, chances are you’ll spend some time this summer on a beach or by a pool. And if you do, you’ll need to buy swimwear for the occasion. We were curious as to how women around the world feel about swimwear – from style to advertising – and how their feelings about their bodies influence the type of swimsuit they wear, so we arranged a YouGov survey to dive into the subject. We spoke to 4866* women from the six aforementioned countries and spotted some very interesting trends. 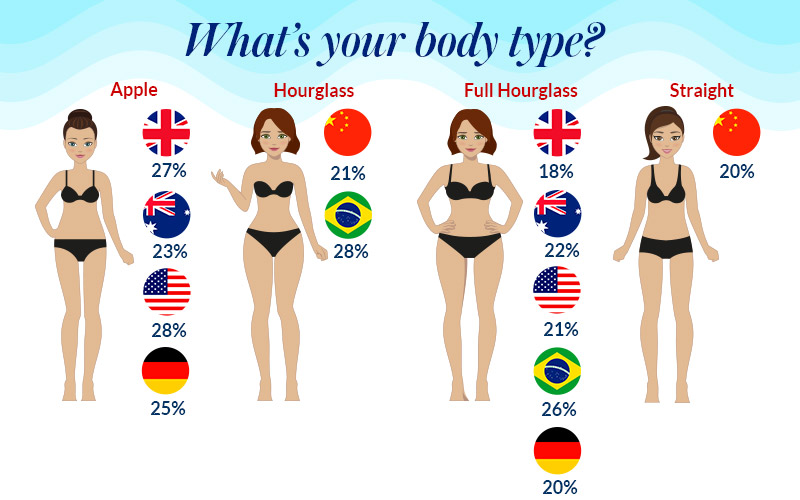 When we think of swimwear, we generally think of four triangles held together by string, as worn in the pages of Sports Illustrated. But the women we spoke to suggested that the current trend is a little bit more modest. Tankinis and full bathing suits were far more popular in all six countries than their skimpier counterparts, especially among women aged over 34. String and Brazilian bikinis still have their fans, but primarily among Brazilian and Chinese women, and almost exclusively those under the age of 34. 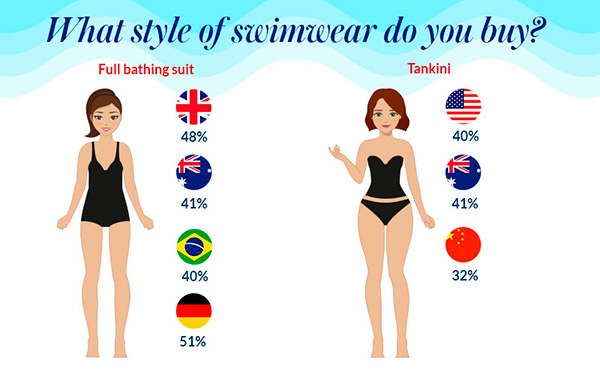 There are many reasons why the modest options might be more popular. One factor that came out of our research suggested a link between how women see their body types and the suit they choose. We may stereotype the ‘typical’ body of Chinese or Brazilian women, but they see their bodies much the same as British and American women do, with full hourglass and apple shapes prominent across all nationalities. Women who see themselves as apple-shaped are also far more likely to choose a full bathing suit than any other kind. 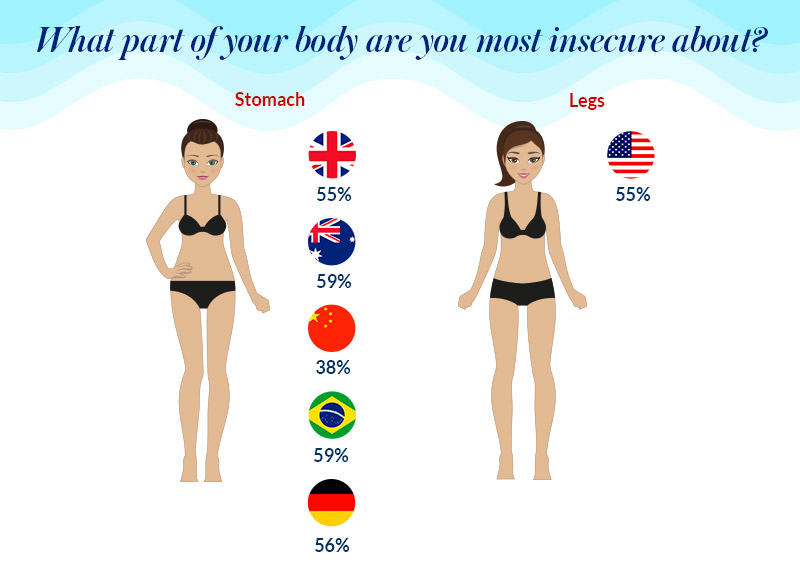 We’re also not that different when it comes to our insecurities. There’s not much to hide the parts of our bodies we don’t entirely love when we’re in swimwear, so those insecurities can be heightened. Chinese, Brazilian, British, Australian and German women overwhelmingly worry about their stomachs, which would explain why they’d rather opt for a full suit. Americans focused more on their legs, but there’s not much a bathing suit can do to hide those, unfortunately. 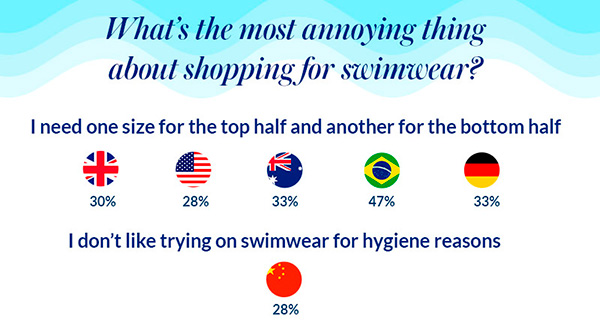 A further explanation for the trend towards a full bathing suit is how five of the six countries said their biggest annoyance when shopping for swimwear was having to buy a different size for the top and another for the bottom half. A full suit eliminates this problem. However, Chinese women are more concerned about the hygiene issues of trying on swimwear, which is a harder one to get around! 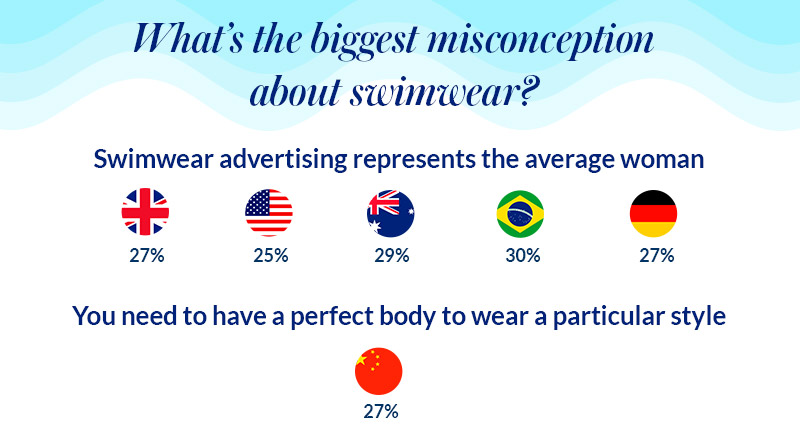 It’s unsurprising that advertising comes in for criticism from most countries. A depiction of a bronzed, unrealistically curved goddess wearing a bathing suit is only going to make most women feel inadequate. And terms like ‘beach ready’ only make the issue worse. This extends to Chinese women’s issue with the misconception that only women with perfect bodies can wear certain swimsuits, the perfect body being an ideal reinforced by advertising.

So what have we learned? Well, for one, modesty is in vogue, so you won’t need to spend this summer feeling exposed in barely-there bikinis. And, more importantly, it doesn’t matter where we are, as women of the world, we have far more in common that we might have thought!

Our girl @selfloveliv looking just as fierce as sh

The CUTEST squad you’ll see all day 🥰 Tag us