We share everything on social media, from our breakfast to videos of pandas. But when it comes to the big announcement of a new addition to the family, we’ve discovered that the traditional, personal touch still wins out. If you’ve got a baby on the way, make sure you’re prepared for their arrival with our maternity range.

The number of parents polled who announced their first pregnancy to family in person.

“I announced my pregnancies in person to close family and friends, then by text to others. With my first pregnancy I didn’t mention it much on social media as I had quite a few complications and was very wary.”

The number of first time parents who chose to share their good news via social media; this number increases significantly for younger parents.

“I announced my pregnancy to the world of ‘Facebook friends’ with a photograph of my daughter wearing a ‘big sister’ t-shirt. To friends & family we just told them in person.”

“I told my friends in the pub and let them take care of telling people. I told my parents in person, because otherwise I might have been six months pregnant before my Mum realised. I wasn’t one of those women who felt AMAZING and happy during pregnancy so I felt a little awkward sharing too much. I found pregnancy a really worrying time, thinking I might lose the baby any moment, and not really enjoying how I felt.” 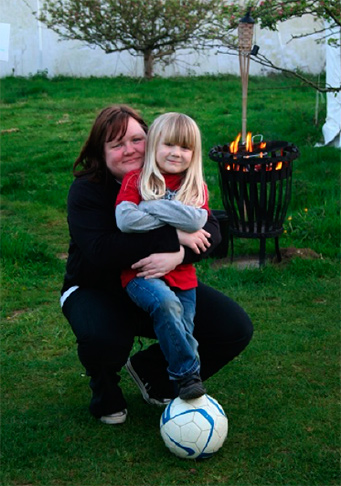 The amount of 25-34 year olds who opted to go online for the big announcement.

“We actually didn’t find out the sex of our second child at the scan, but instead asked the sonographer to write it down on a piece of paper and pop it in an envelope so we couldn’t see. We picked out a boys outfit and a girls outfit and gave them both to a friend, we then gave her the envelope and told her to place whichever outfit fitted the gender in a box and seal it up. We filmed ourselves opening the box on camera with our son and posted it on our blog” 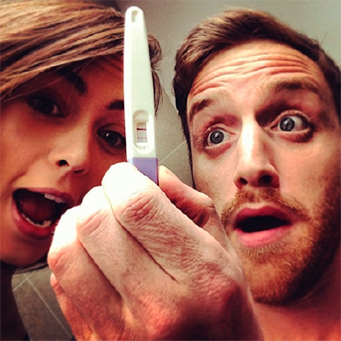 “We announced the pregnancy with a photo, and then later on a YouTube Video. We told our friends, family and work colleagues ourselves but announced socially on our YouTube channel. I think with my first pregnancy I was definitely very pro sharing, as I learnt a lot from other people who were doing the same thing.” 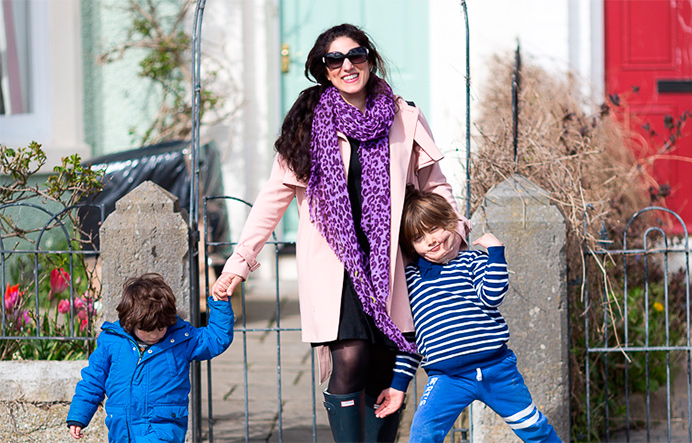 “I blogged about it after my three month scan and phoned and texted close family and friends. My parents knew as soon as the pregnancy test came up positive though. I can’t keep anything from them. I also shared the gender reveal on the blog too with a light-hearted post called I Saw A Ding A Ling. I hadn’t embraced video or YouTube at that point (2012) so I think if I were to have another baby, I would definitely get more creative in my announcement to my readers and followers this time and video would be involved!”

The number of 18-24 year olds who showed their family a sonogram when breaking the news.

“Close family and friends, who we managed to see in person, got told by our daughter with a card. Those we couldn’t see got sent a message with a scan photo. And then everyone else got told through social media. I shared quite a bit blog-wise during my first pregnancy, as it was the main inspiration for starting my blog. This time round, we are vlogging the pregnancy, as well as blogging through it.” 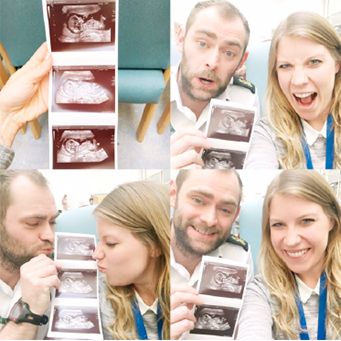 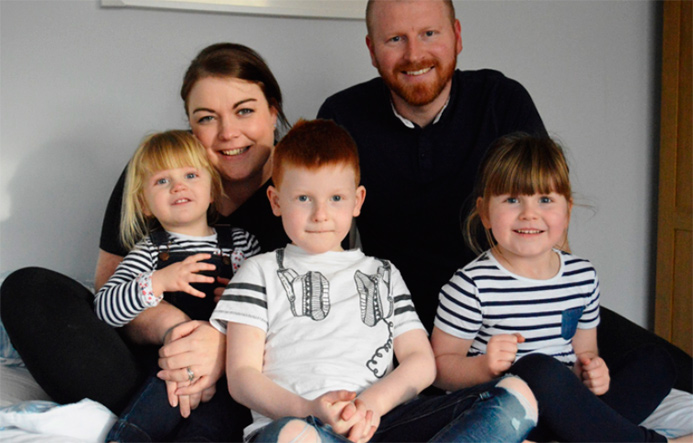 “I announced all three of my pregnancies on Facebook, once we had told our closest friends and family in person. I never shared scan photos as I’ve always found that a bit of an odd thing to do. I probably shared less with my final pregnancy. I have friends who have never announced their pregnancy online and others who do elaborate reveals. It’s all personal taste isn’t it? As a family & lifestyle blogger, there’s a whole world of sharing going on there. I think sometimes people can get a bit fed up of reading every last detail on their Facebook timeline!” 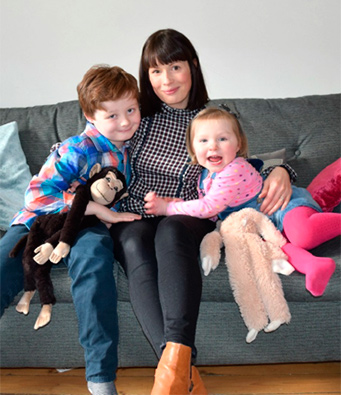 “We told our parents first and we did that in person. It was really nice telling our son that he was going to be a big brother as he was always asking for a sister! We showed him the scan photos and he was very happy. I didn’t announce my pregnancies on social media, I just preferred to tell people face-to-face, and word soon got round! During both pregnancies, I shared a few photos of my bump but not much else. I don’t think I shared scan photos as I liked to keep those private.”

“We told close friends and family in person. We showed them one scan picture first — then waited a couple of minutes for the excitement to die down — before showing them the second photo. It was lovely being able to say we were expecting twins. Everyone was excited enough that we were pregnant but the fact that there were two babies made it doubly exciting — literally!!”