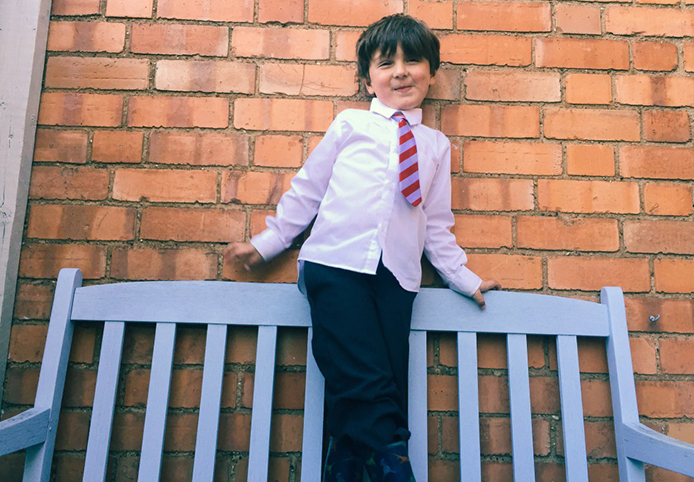 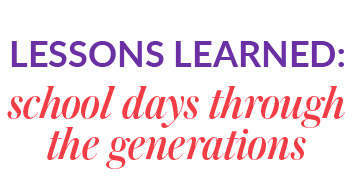 It’s hard to think of anything more momentous to a five-year-old child than their first day at school – that first time they’re left in a strange room with a strange adult and a bunch of strange kids and told to stay there. Whatever has passed in and out of our memories in the many, many (in some cases many, many, many, many) years since, it’s rare to meet someone who hasn’t got some permanent snapshot of a moment from that day. 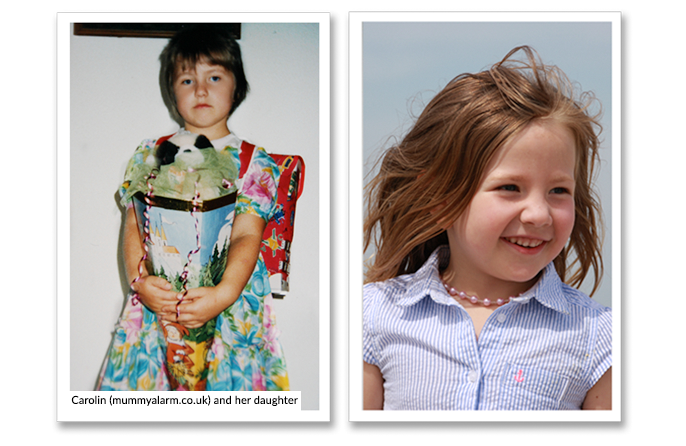 The older we get, the stranger modern childhoods and school experiences can seem in comparison to our own. The songs may have the same melodies, but the words have changed. The games seem more complex. The ways of learning differ in ways we can’t comprehend. We thought we’d find out for sure how things have changed so we asked a bunch of mummy bloggers about their memories of their schooldays and how they stack up against their children’s.

It’s easy to imagine that first day being utterly bewildering, as summed up perfectly by Emma from mumssavvysavings.com, who says she recalls “sitting on a little chair not really being sure what was going on.” Depending on a child’s personality and exposure to other children, it could be a terrifying or exhilarating experience. What’s most touching is those who make friends for life on that first day. Rachel from thelittlepip.com remembers helping another girl called Elaine whose padded coat meant she kept slipping off the swings. “We’re still friends,” she says. “She lives in New York and I live in London but we still meet for coffee a couple of times a year and we went to each other’s weddings”.In a similar tale of enduring friendship, Kellie from mylittlebabog.com tells us that her best friend from primary school is now godmother to her eldest child. 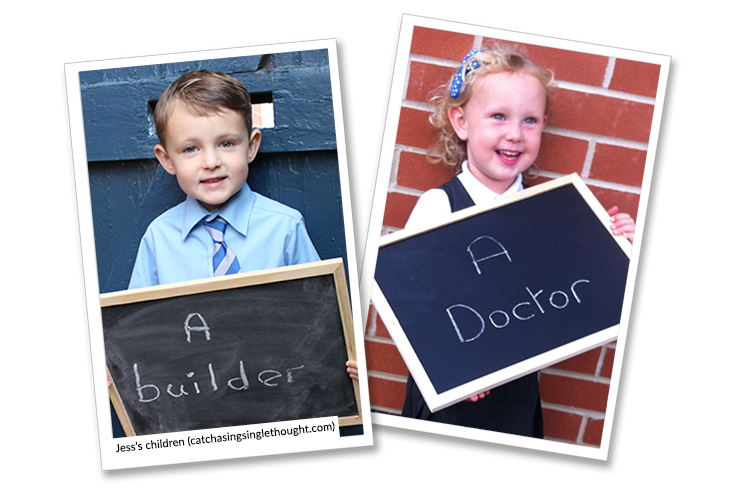 We’re big fans of first day traditions. Tanita (justmotherhood.com) was always bought a new pencil case on the first day by her parents and they’ve carried that on with her daughter Sophia. Jess of catchasinglethought.com has started a lovely tradition where, every first day of term, she asks her kids what they want to be when they grow up (see below). Her plan is to one day collate them all into a book.

Some love them, some hate them. Some were incredibly excited to put on their first school uniform on that first day, some just remember uncomfortable, itchy clothes in questionable colour combinations. No matter what else has changed in fashion or in school life, the uniform certainly still looks very similar. The main difference is that they seem to be harder wearing these days, suggesting we’ve finally learned from years of ripped knees and holey elbows. 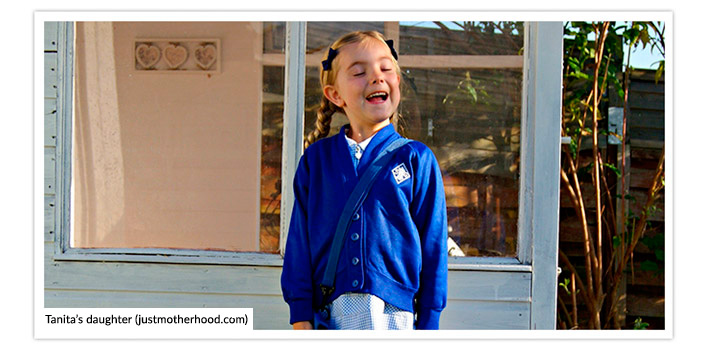 School lunch or bring your own? Each holds very special memories, depending on what your school offered. Juice boxes (like the ones Jess believed would “burn a hole in your tights”), sandwiches and fruit in Tubs will always hark back to school days for the lunchbox crew, while generic meat and veg and chips on a Friday were the cornerstones of the hot school lunches of yesteryear. Has much changed in that regard? It would seem so. The general consensus from our bloggers was that they’re healthier, tastier and much more varied than before. Gone are the days of the “soggy chicken pies and potato faces” that graced Jess’s youth, now replaced with the stuffed peppers and Chinese sweet and sour fish on offer at Carolin’s daughter’s school. The only decline we encountered from the “good” old days is Kellie’s daughter’s school, whose lunches of hard bread and bruised fruit are less than desirable. 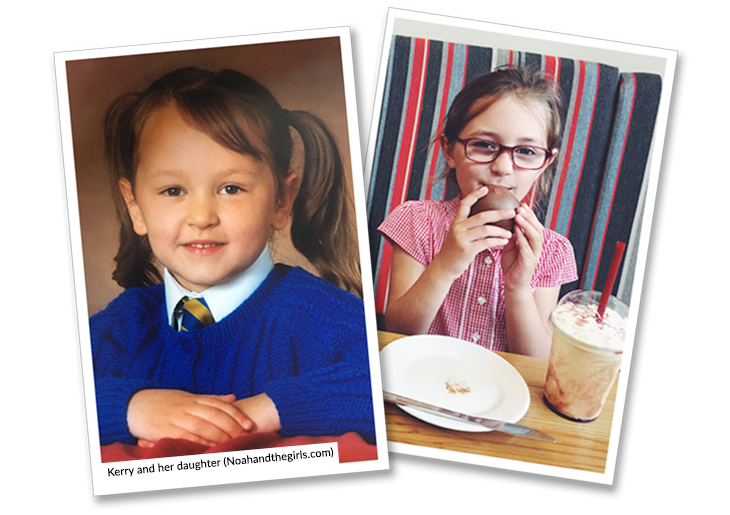 It can be difficult to tell exactly how much homework has changed. Are things more difficult for today’s schoolkids or is it just that we can’t remember all those things we learned in maths class way back when? Most of the mums we spoke to seemed to think that homework has gotten harder and trickier, but some felt the internet and modern technology mean that answers are easier to come by. Certainly walking into a schoolroom where every child has an iPad is a far cry from the days Jocelyn (thereadingresidence.com) remembers. “We had one computer in the school,” she says, “and it was wheeled into our classroom once a term. We were so excited!” 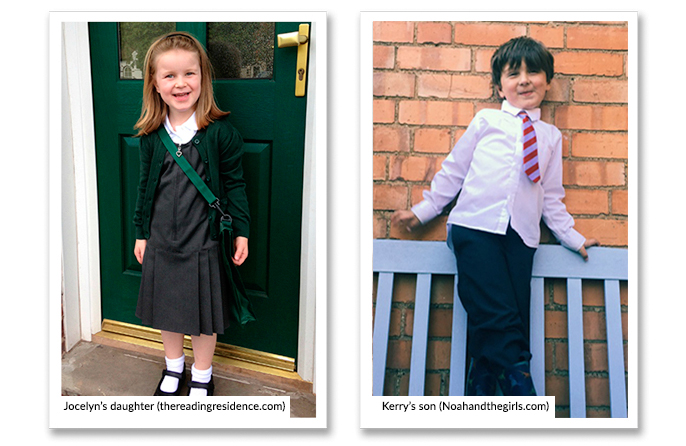 It would be easy to imagine today’s schoolkids sitting around, eyes glued to screens, a stark contrast to how we remember our own days of running, jumping and falling over. It’s surprising then to learn that our mummy bloggers see echoes of their own games in today’s playground antics. Kids are still getting outside and tearing about, despite the occasional interference from slightly over zealous health and safety regulations. Emma remembers card swapping being the big craze in her schooldays, but these days, those cards have been replaced by Shopkins. Games such as tag, kick the can and what time is it Mr Wolf? are still popular, but Emma is grateful for the banning of one childhood pursuit: British Bulldog, a game principally mostly made up of running and colliding. “That was lethal!!” she says.

Get your kids prepped for the upcoming term with our list of Back to School must haves.

The lists are getting LONG! Anyone else planning