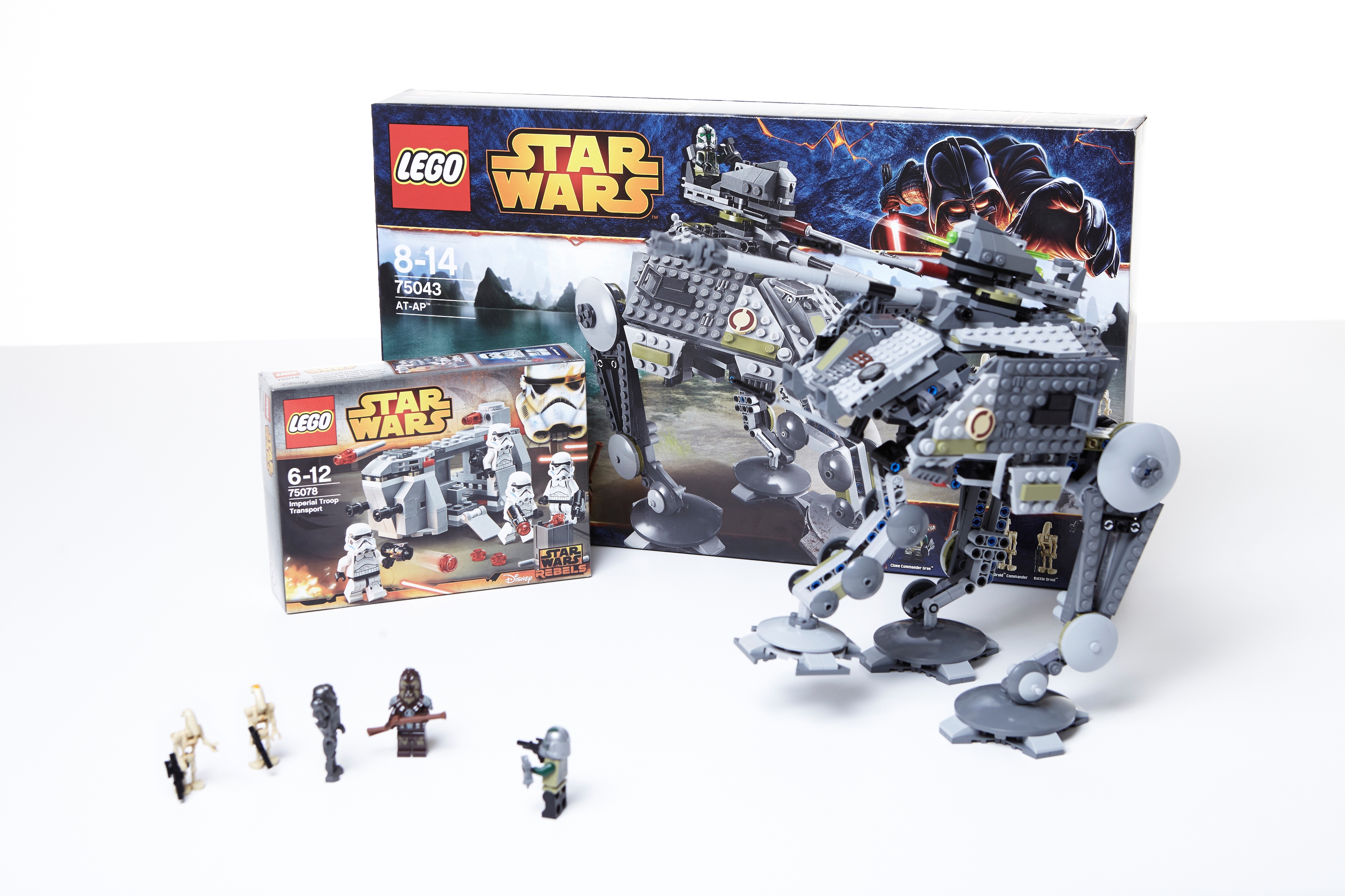 We love Star Wars here at George – and we’re not the only ones! Everyone knows a Star Wars fan, from the little ones who love the new Star Wars Rebels cartoons, to those who remember the original movie trilogy. Whatever type of Obi Wannabe Kenobi you’re shopping for, we’ve found the perfect gift. Even Yoda, in all his wisdom, couldn’t have done a better job!

Hot Wheels and Star Wars have joined forces to create the epic Star Wars Death Star Battle Blast track set. Your car-mad Star Wars fan will love trying to destroy the Death Star with the X Wing-inspired Hot Wheels car. Why not treat them to a 5-pack of Hot Wheels Star Wars character cars too, for wheelie good fun?

Perfect for… the fan who likes to play the part

If watching the action on screen isn’t enough, the Star Wars FX Lightsaber with lights and sound effects makes a brilliant gift. Ideal as part of a costume for fancy dress parties, for little Jedi Knights to play with or Star Wars conventions!

Let the force be with them, even at school or college, with this Star Wars messenger bag and its cool, understated design that’s great for all ages. Why not pick up a pair of our Star Wars-themed boys school trainers too? They’ll never have been more eager to get ready and get to school in the morning! 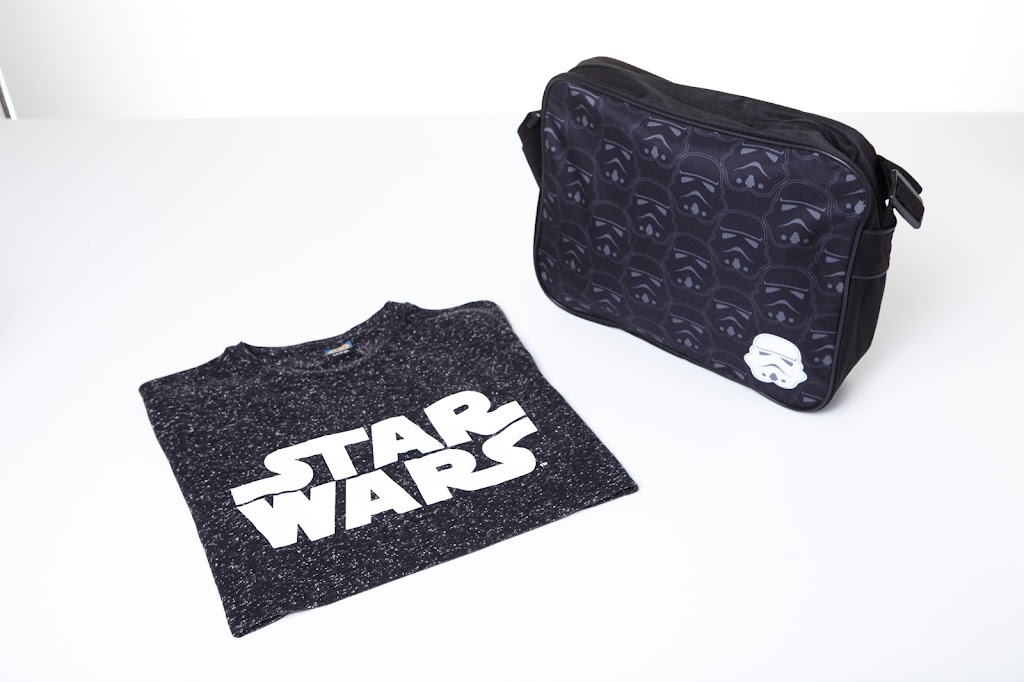 Perfect for… those who like to dress the part

If you know someone who’s Star Wars-mad and proud of it, let them advertise their fan status with a cool Star Wars t-shirt. We love this colourful galaxy print shirt for ladies, but we’ve also got black for men, plus a cute Yoda sweatshirt for kids. Add hats, scarves, sleepwear, wellington boots, flip flops, boxers and socks and you can kit the fan in your life out with a whole new Star Wars-themed wardrobe!

Perfect for… a little star who likes sleepovers

Add even more fun factor to sleepovers with this Star Wars Storm Trooper Junior Ready Bed. There’s a cool R2-D2 cushion available too! When it’s time to cross over to the Dark Side, they’ll be begging to bunk down with this fun and practical gift.

Perfect for… a fan who loves LEGO

If you know someone who loves both Star Wars and LEGO, why not combine the two together to make the ultimate gift? There’s a galactic-sized range of Star Wars LEGO available at George, but we think hardcore fans will have the Imperial Star Destroyer at the top of their wish list. If that blows the budget, perhaps pick up Microfighters at pocket-money prices instead. Plus, Rebels sets will be extremely popular with the next generation of Star Wars fans too! 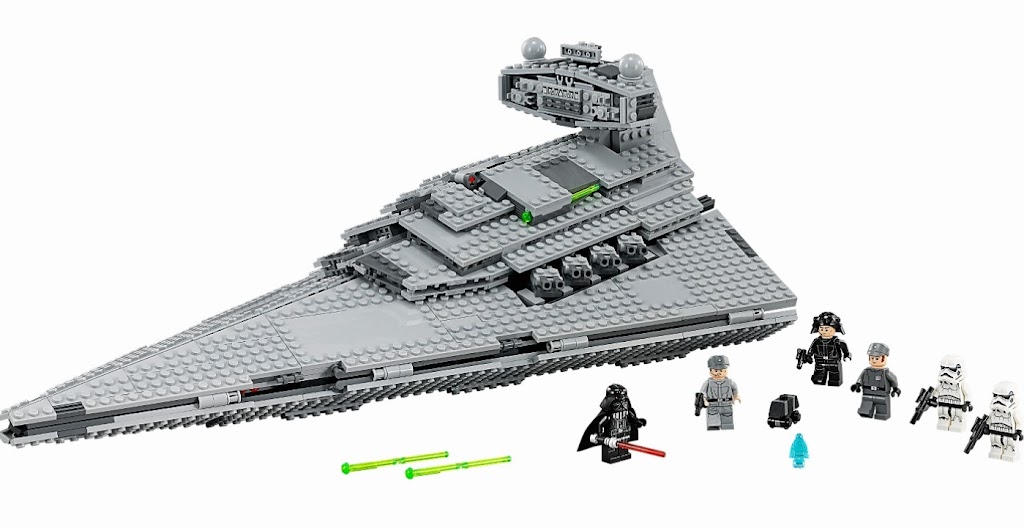 Perfect for… those who remember the original films

For the old-school trilogy fan who likes to collect, rather than play with their toys, the Star Wars Command Star Destroyer Set will look great on a display shelf, with its stand-up Stormtroopers, Darth Vader, exclusive Luke Skywalker and Rebel Soldiers. And if they just can’t help but play with gadgets, they’ll love the remote control action too!

If you know someone who eats and sleeps Star Wars, let them do it literally with a Star Wars-themed duvet cover. Younger fans will love this Rebels design, and we’ve also got a classic comic book-style set too. And the eating part? Check out our Star Wars lunch boxes, snack pots and drinks bottles.

Little Anakin Skywalkers will be excited to find this remote control Darth Vader toy under the tree at Christmas or in their pile of birthday gifts. This inflatable Vader toy is 2.5ft tall, moves, turns and can spin 360 degrees. It also has an easy-to-control handset that even the smallest hands can get to grips with, and can be used indoors and outdoors – although it might attract some odd looks at the park!

Perfect for… the number one fan

What do you get the Star Wars fan that has everything? If you’re buying for an ultimate fan then it’s likely that they already have the full main cast of character figures, so forget Skywalker and Vader, and add someone who doesn’t hog the limelight to their collection. This Starkiller figure is incredibly detailed, and comes complete with a full set of armour and weapons. As part of the Black Series ultimate figure collection, it’s a gift that’s just as good for a young Star Wars fan who wants the full figure set as it is a collector who won’t take it out of its packaging – ever!

With George on your side while shopping, the Force is most definitely with you. Be a star gift giver and pick up the perfect present.