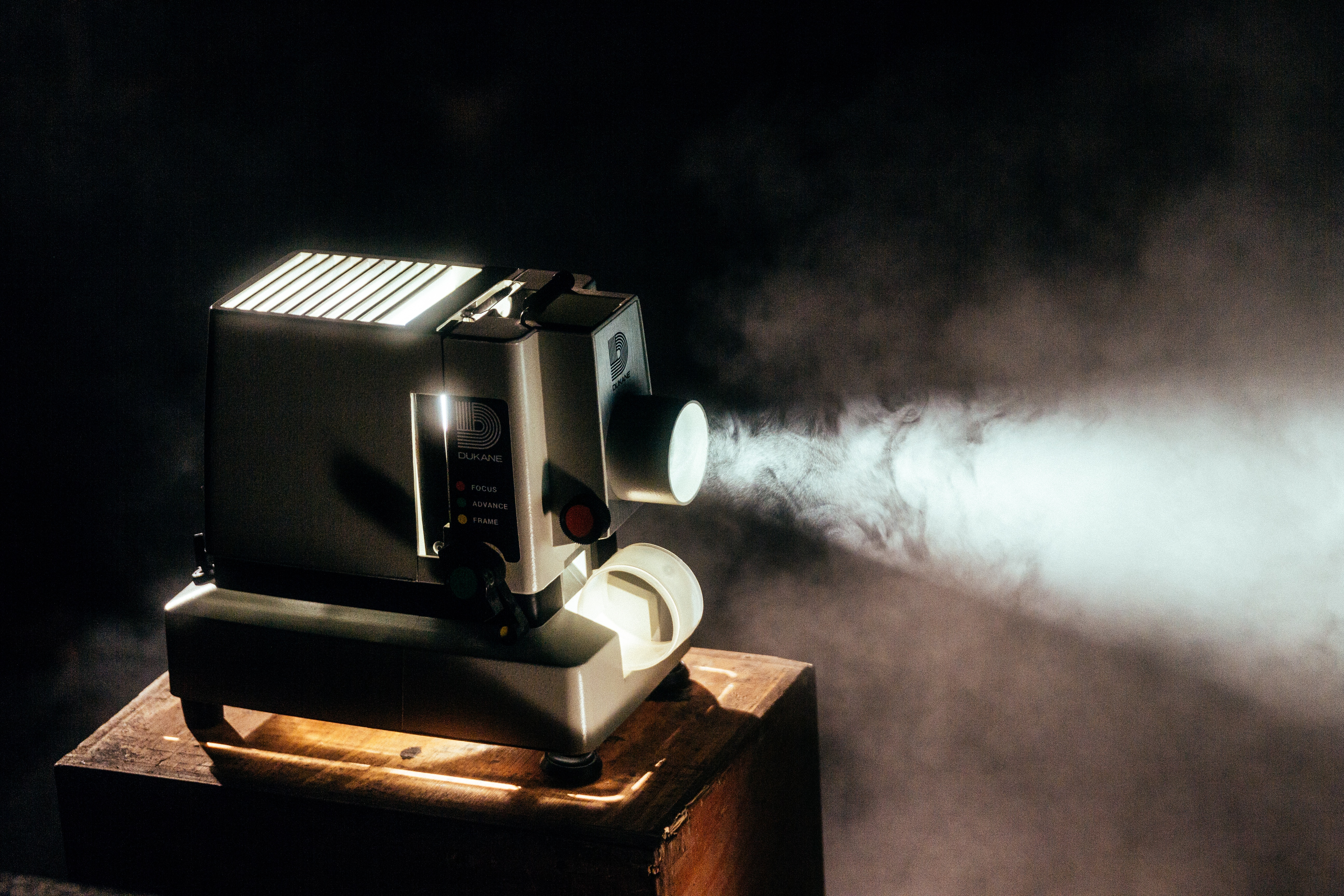 Top 9 Romantic Films for a Night In

Since it’s still cold outside, it’s the perfect excuse to stay in this weekend and watch some of the best romantic movies from the 90’s and 00’s that will certainly hit the spot.  Get in the mood for a bit of lovey dovey snuggles with your partner, friends or your life size teddy bear in your favourite nighty with some pizza and a tub of ice-cream. From fun chick flicks to rom-com classics, enjoy the nostalgic feeling of this year’s love season.

Life & Style will run a poll of top 9 favourite movies we think should be on your movies list. If you don’t agree then head to our poll at the bottom of the page to cast your vote! 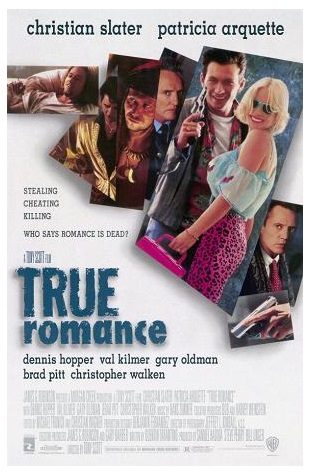 Fuelled by Quentin Tarantino’s savvy ideas, he captures dark comedy, action and romance in this American crime film. Romance sparks quickly after one night of passion when bombshell Alabama falls in love with Clarence (Christian Slater). She then tearfully reveals her true identity and is eager to leave that life behind and marry him. Yikes, a little too soon!

Why we love it: Not only does it make you think ‘yeah right like that really happens’ the thought of it stirs excitement and adventure in the love department. There’s definitely no harm for the ‘ride or die’ kind of love that will keep you on your toes.

Best quotes: “I’m gonna go jump in the tub and get all slippery and soapy and then hop in that waterbed and watch X-rated movies ’till you get back in my lovin’ arms.” 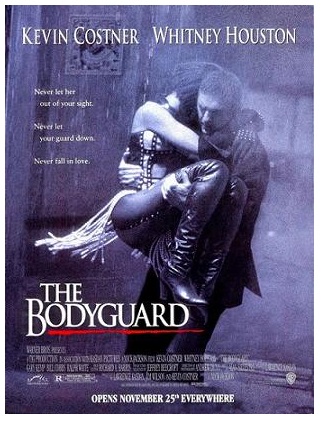 Starring Whitney Houston, she plays a similar role to her real life as a pop music superstar who is being stalked and threatened by a psycho fan. A professional bodyguard and former secret service agent, Frank played by Kevin Costner is hired to protect her.

Why we love it: If you’re a fan of Whitney’s music, this is the film to watch this weekend as it has a good storyline and an interesting take on love. Pop star Rachel develops an attraction through her bodyguard’s protection and trust, which inspires her to fall in love with him. Although they try to keep their relationship professional, things quickly get heated. Have you ever fantasised about a co-worker? Cheeky!

Woman in Green: “I’ve been watching you all night from across the room.”

Frank: “Why don’t you go back there. Keep watching.” 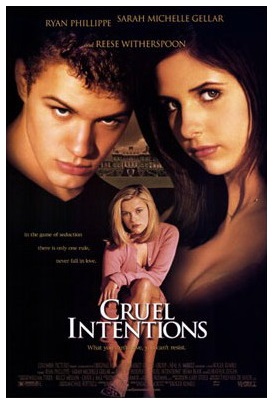 This romantic teen drama starring Sarah Michelle Gellar playing Kathryn and Ryan Phillippe as Sebastian, tells the story of two wealthy step siblings who have an unusual connection. They make a bet involving the virginal headmasters daughter, Annette played by Reece Witherspoon that if Sebastian fails to take her virtue before the start of the new term, Kathryn gets his vintage car. If he succeeds, Kathryn will sleep with him.

Why we love it: Full of seductions and playground games this film is dark and witty and shows how once you take time to get to know someone, what was once just fun and games can really bite you in the back side like it has with Sebastian, whose developed feelings for Annette.

Best quotes: “I thought I was in love with you but it was just a lie. I wanted it to work but unfortunately, I feel nothing.” 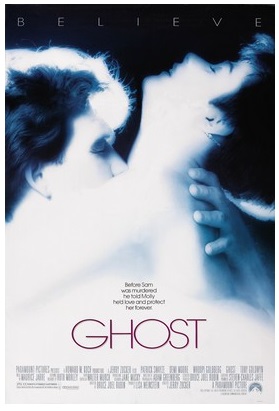 A young man named Sam (Patrick Swayze), is murdered and realises his spirit hasn’t left the world. Invisible to the living, he finds ways to contact his lover Molly, played by Demi Moore to warn her of danger coming her way with the help of a psychic, Whoopi Goldberg.

Why we love it: It’s melodramatic with a kind of love story that touches the hardest of hearts. With a combination of romance, comedy and thrills, this gives the viewers a syrupy version of the afterlife, good guys go to heaven and bad guys go to hell.

Let’s hope you’re not in the bad books with your old lovers, you wouldn’t want the ghost of all your boyfriends haunting you!

Best quotes: “It’s all up here now! You want to move something, you got to move it with your mind! You got to focus, you hear what I’m sayin’?” 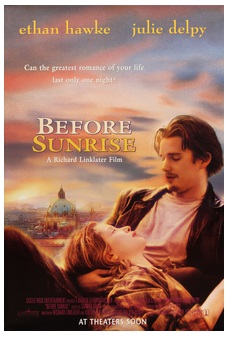 This film follows a young American man Jesse played by Ethan Hawk and a young French woman Céline, Julie Delpy who meet randomly on their way to Vienna and spend a night getting to know each other in a romantic city. Their perspective on love and life are very detailed as there is more talking and less action. As it comes closer to the end of their trip they reveal more about themselves thinking that they’ll never see each other again.

Why we love it: The story continues nine years after in a 2004 sequel, Before Sunset, then picks up again in a 2013 sequel, Before Midnight, eighteen years on.

After all these years it’s nice to see these two characters meet again and see whether all their dreams and wishes have been fulfilled. Imagine falling in love with a complete stranger next time you’re on the train, why not!

Best quotes: “You know what’s the worst thing about somebody breaking up with you? It’s when you remember how little you thought about the people you broke up with and you realize that is how little they’re thinking of you.” 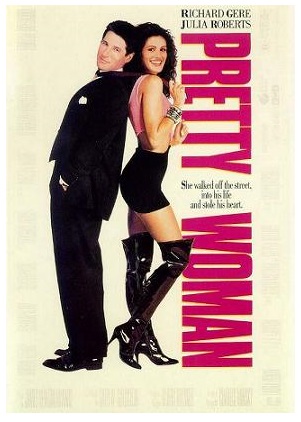 Starring Julia Roberts and Richard Gear this storyline centres on a beautiful red head Vivian who is hired by a wealthy businessman, Edward to be his escort for several social events. The transaction soon develops into a relationship, love and admiration for each other.

Why we love it: Not only was it the most popular romantic comedy back in 1990,  it takes you on a journey of a pretty young lady on how she makes a living then to find love with a client who spoils her with designer clothes, shopping sprees and diamonds. Who wouldn’t mind switching places with her if you get to shack up with the hunky Mr Grey? 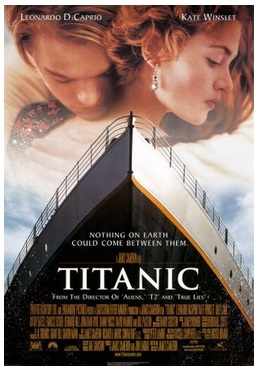 One of the most expensive films ever made when it was released in 1997, Titanic is an epic romance that pulls on your heart strings. Telling the story of a young beautiful girl, Rose (Kate Winslet), who is distressed by the arrangement to marry an older man to resolve their families financial issues. She attempts to commit suicide by jumping off the boat, when she is distracted by a handsome penniless artist, Jack (Leonardo DiCaprio). They develop a friendship after he talks her out of it and both enjoy their time dining and partying with the lower class passengers.

Why we love it: After the famous car window scene that makes almost everyone want to leave their print on a steamy window or in the shower, the iceberg collision puts everyone’s life in danger. We all know what happens after that. Regardless, this disastrous ending will turn on the real water works, maybe even your partners’ too. Awww!

Best quotes: “Jack, I want you to draw me like one of your French girls. Wearing this…” 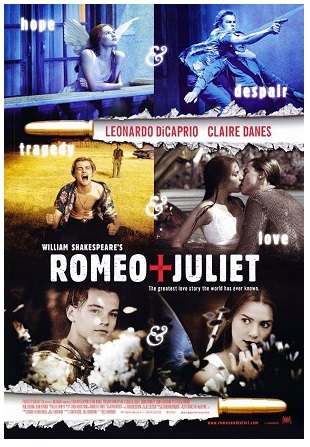 This classic story is set in the modern day city of Verona Beach. Following the battle of the two feuding families Montagues and the Capulets, two young members of the family meet and fall head over heels in love. Starring the young handsome Leonardo Dicaprio as Romeo and Claire Danes as Juliet, no one can top these lovebirds when it comes to love at first sight. However, they have to hide their love from the world because their parents will not agree of their relationship.

Why we love it: Even though it’s set in the modern time, it captures the timeless story of the star crossed lovers and Shakespeare’s amazing work. Also, reminding you of many real life stories without the dramatic violence, it will definitely keep you hooked till the end. Just don’t shoot yourself if love fails (not the moral of the story)!

Best quotes: “O Romeo, Romeo, wherefore art thou Romeo? Deny thy father and refuse thy name, or if thou wilt not, be but sworn my love, and I’ll no longer be a Capulet.” 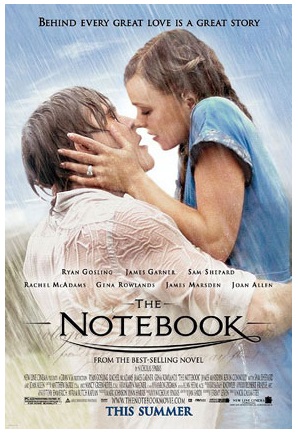 This adaptation of author Nicholas Sparks bestselling novel is about two young couples whose love was tragically put to a stop after their separation during the World War II. They meet again after many long years and despite having taken very different paths in life, they are still very attracted to each other and unable to resist the strong pull of the love they share.

Why we love it: It gives us a second chance at love and will have you in tears as you re-enact the scenes with your hubby or imaginary partner. We all dream of a soulmate we can feel a natural connection with, making it the perfect love story that will have you jumping for joy, happiness, and sadness altogether.

Best quotes: “Summer romances begin for all kinds of reasons, but when all is said and done, they have one thing in common. They’re shooting stars, a spectacular moment of light in the heavens, fleeting glimpse of eternity, and in a flash they’re gone.”

With this list of great romantic films, you shouldn’t run out of things to watch. Any of the films on the list will fill you with warmth this cold weekend.

SHOP NIGHTWEAR
SHOP THE TREND
BACK TO LIFE & STYLE

Our girl @selfloveliv looking just as fierce as sh

The CUTEST squad you’ll see all day 🥰 Tag us