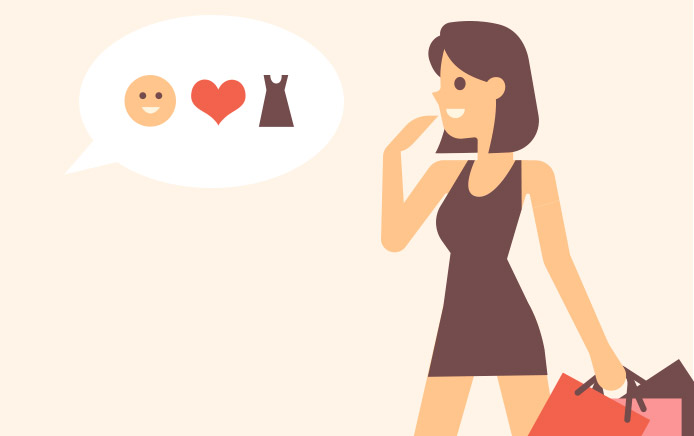 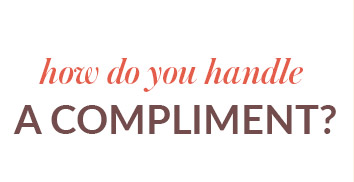 Some of us love them and some of us hate them, but either way, compliments are a basic form of social interaction.

Here at George we wanted to know more about how women react to compliments and the effect that they have on their confidence, so we commissioned a YouGov survey asking a thousand females of varying ages across the country to share their feelings towards comments of admiration. Do most ladies love a compliment? Or do they immediately run away and hide?

Of all the women we questioned, over half of them said they enjoyed receiving compliments on the whole and would always respond to a friend by saying thank you. That said, nearly a quarter of those we asked (21%) said they would downplay any compliments from a friend. Sound familiar? Yep, we do exactly the same!

The person who delivered the compliment was also a factor when it came to how women felt and how they reacted. Whilst most ladies loved hearing nice words from partners, friends and acquaintances, a handful (3%) said they would totally ignore a compliment made by a man.

When it comes to the reason for the compliment, the majority of women we spoke to said that they’d find a kind comment about their personality most believable and most sincere, whereas they’d dismiss a comment relating to their body shape or looks, believing it to be disingenuous. However, when we dissected the participants into age group, the majority of women aged 18-24 claimed that they’d most likely believe a compliment referring to their intellect. So, are this new generation of women more confident in their intellect? The results of our survey would suggest so.

One of the saddest results of our survey was that only a mere 13% of all the women we questioned believed a compliment made (by anyone) in relation to their body shape was genuine. That means that the majority of us dismiss any nice comments made about our figure and believe them to be insincere! 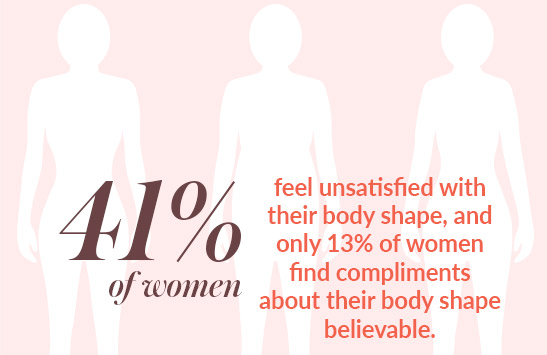 It wasn’t just age that split the results across the country; feelings towards body shape differed considerably by area too. Ladies located in the East Midlands (Derbyshire, Leicestershire, Northamptonshire, Lincolnshire and Nottinghamshire) proved to be the least happy with the way they looked. On the other end of the spectrum, women in both the north-west of the UK (Cumbria, Lancashire, Greater Manchester) and London were most content with their bodies.